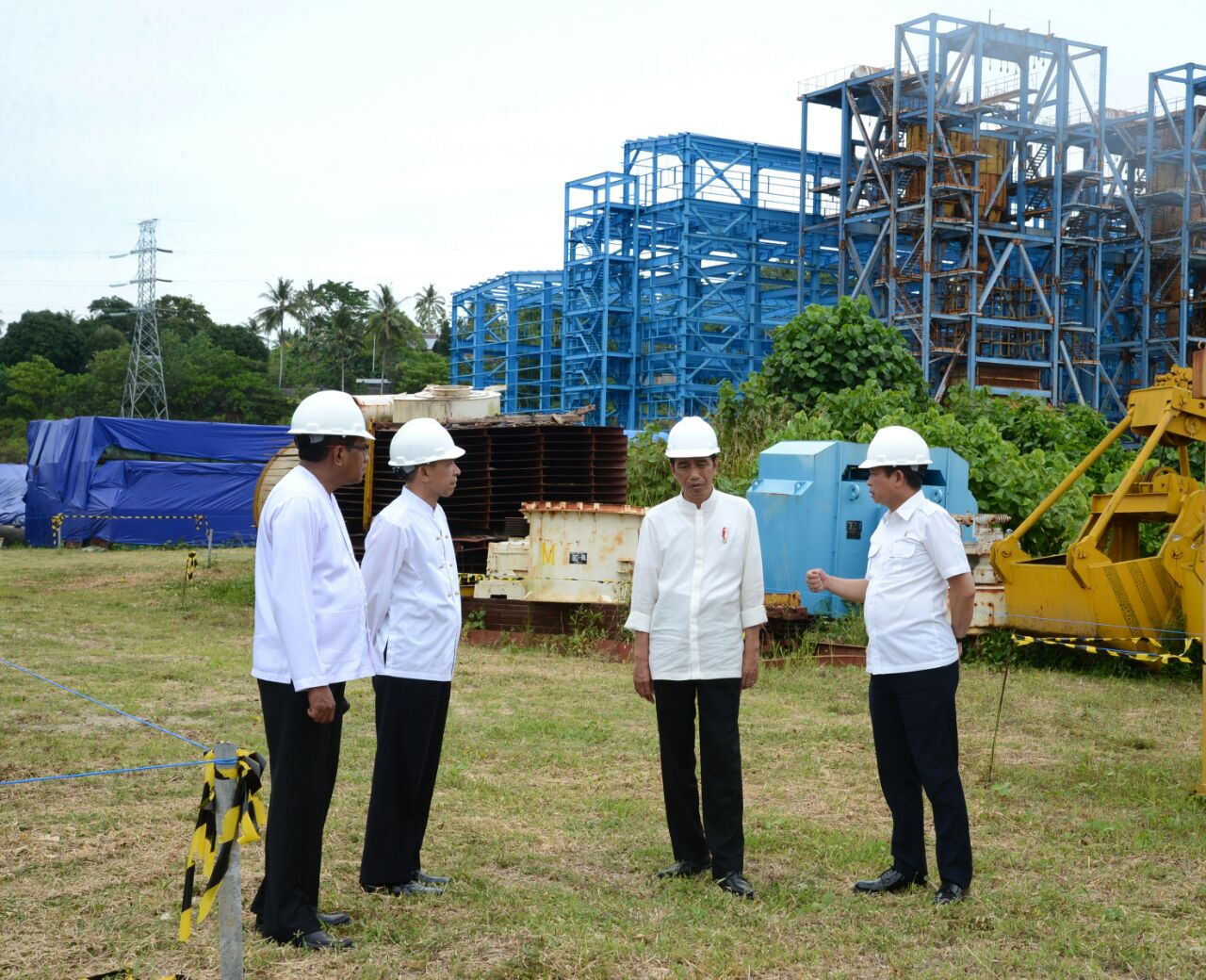 On the sidelines of his working visit to Maluku Province, President Joko Jokowi Widodo had a discussion with Speaker and Members of Maluku and Ambon Regional House of Representatives (DPRD) to respond to the locals problems on electricity shortage in the region.

Last night, I had a discussion with Speaker and Members of Maluku and Ambon DPRD because I have received complaints about electricity shortage. We also experienced power outage for several hours this morning, President Jokowi said when inspecting Steam-fuelled Power Plant (PLTU) project with capacity of 2×15 MW on Thursday (9/2), in Waai Village, Central Maluku.

During the discussion, the President said, it was mentioned that there was a plan to develop a power plant in that areas, but the project was halted.

Therefore, I decided to see the real situation on the ground whether the project can be carried on or not. However, I do not know about the legal process yet. I will check it later, the President added.

For the record, Tulehu region in Central Maluku which is close to the location of the PLTU has potential geothermal resources that should be used as power plant. Therefore, the development of power plant in that region is expected not to use coal as fuel.

One thing for sure that it is not right to use coal as fuel in this region because Tulehu has geothermal potentials. The power plant must use geothermal, the President added.

In the meantime, Minister of Energy and Mineral Resources Ignasius Jonan who was accompanied President Jokowi in the working visit explained that the PLTU should be an independent power plant which will provide electricity to be sold to the State-owned Electricity Company PLN. However, the project was abandoned because it has not been constructed.

I think the fact that the project is abandoned is a matter of legal issues. The project has been abandoned since 2014, Jonan added.

Regarding the plan to carry on the project, Jonan said that he would ask PLN first about their capability. The Minister further said that every island in Indonesia must have independent power plants to meet electricity needs of the people.

Indonesia is an archipelagic country, so national network cannot exist, even if it can be developed, it will be expensive and irrelevant. Therefore, every island in Indonesia must have its own independent power plant. (BPMI/AGG/AS/ES/UN) (RAS/EP/YM/Naster)