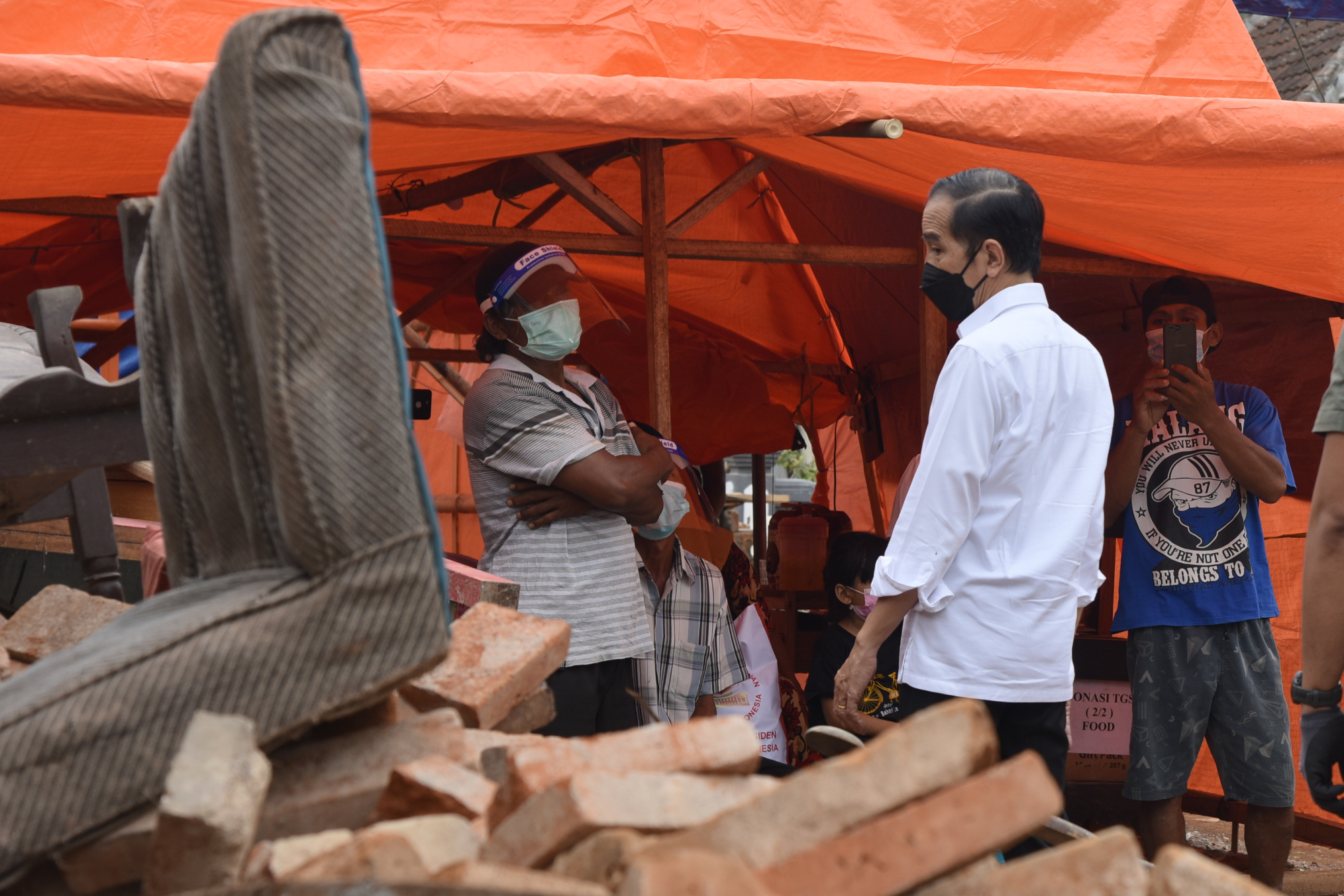 President Jokowi has a conversation with the resident of the quake-hit area at Majangtengah Village, Malang Regency, East Java Province, Thursday (29/04). Photo by: PR of Cabinet Secretariat/Oji

“This afternoon I am at Majangtengah Village, Malang Regency, East Java Province, to inspect the area hit by earthquake a few days ago,” the President said.

For the record, a 6.1 magnitude earthquake has hit the area and affected almost 32 regencies/cities in East Java Province. The earthquake has damaged 1,716 houses, some of them are heavily damaged and the others are moderately damaged or slightly damaged

The President also said that the Government will provide assistance for rebuilding the houses and will help rebuild the damaged public facilities.

The President expressed hope that the reconstruction of the damaged houses and public facilities can be carried out immediately so that situation can return to normalcy.

“We hope that the situation will return to normalcy and we hope that in Malang Regency the reconstruction will be started soon in May,” the President concluded. (TGH/AIT/TAR) (RI/MMB)