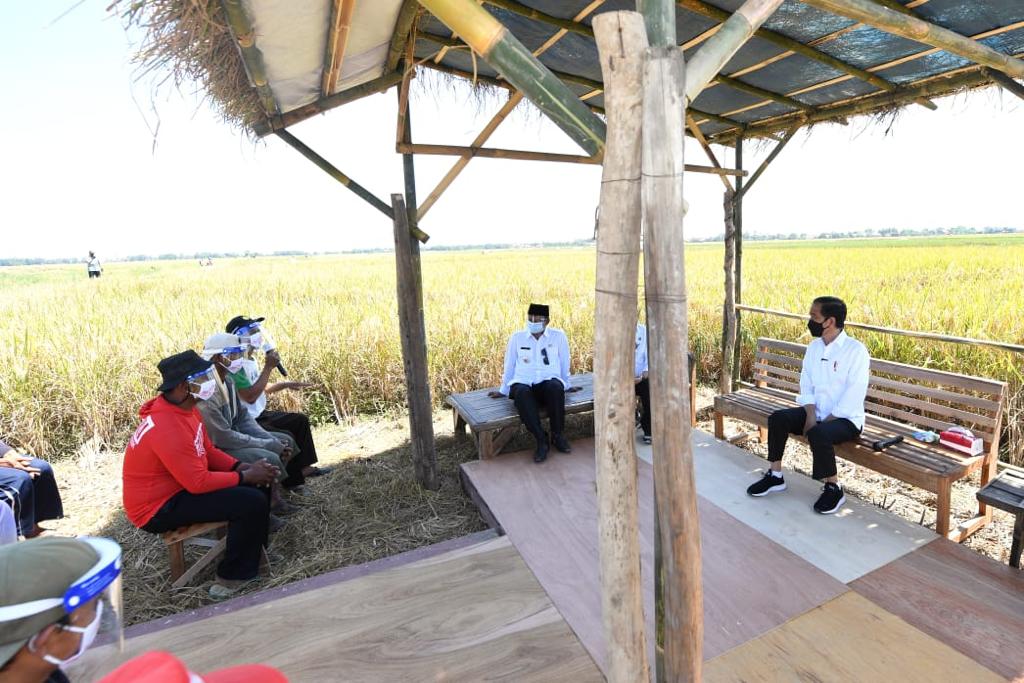 Indramayu regency is the country’s largest rice producing regency based on production data throughout 2020.

“I noticed that the harvest is good. It can reach 7- 8 tons. The grains’ price has also increased up to Rp4.200. This is also good,” President Jokowi said.

In his remarks, Head of State also conveyed a number of complaints from farmers.

Therefore, President Jokowi added that the Government would provide agricultural equipment and machinery, including tractors and pumps to support the farmers.

The President also underscored that the Government would continue to build national food security, while expressing hope that agricultural production will be better and also achieve food self-sufficiency.

On that occasion, the President also stressed that the Government decided to not import rice until June this year and will continue with the measure if rice production in Indonesia can fulfill public needs.

“The Government, as I mentioned before, are not in favor of import rice. However, because of many calculations, flooded rice fields, current pandemic, rice import is needed as additional stock,” he said. (FID/UN) (AP/EP)