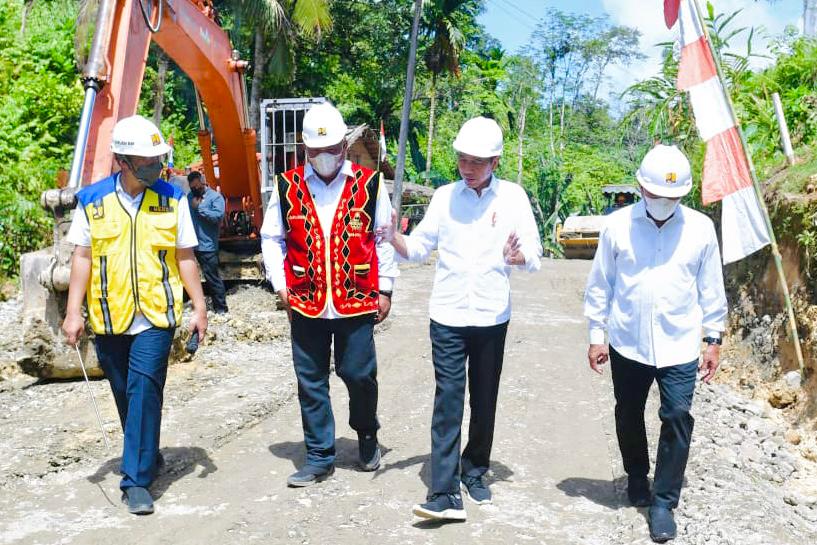 When delivering his statement after the inspection, President Jokowi said that the Government has set a target to complete the national road infrastructure development in Nias next year.

“For the national road, we still need to build 16 kilometers, and God willing, next year it will be completely done because we are building a new road,” the President said.

The Laehuwa-Ombolata-Tumula-Faekhuna’a road structure improvement project is carried out in 2022 with the budget amounting to Rp32.36 billion. This section is a fin road which connects the West Ringroad and the East Ringroad of Nias, precisely from North Nias to Gunungsitoli city in Nias island.

Besides the national roads, President Jokowi also paid attention to the development of the road that connects the provincial road and regency/city roads. For the development of provincial road and regency/city roads, the President said that the Regional Government together with the Ministry of Public Works and Housings (PUPR) will carry it out directly.

“Later, the provincial street should be handled by the Governor, and then, about the road in the regency, I have just heard from the Regent that since the Regional Budget could not afford it, the Ministry of PUPR will handle it,” the President continued to explain.

President Jokowi expressed hope that the road structure improvement can boost the economic growth in Nias island, so local commodities, such as coconut and fish, can be competitive in the market. Moreover, according to the President, the road development will also give benefit to tourism in the island.

“The tourism will also be benefited because it is very good for surfing and many people will be interested,” the President said.