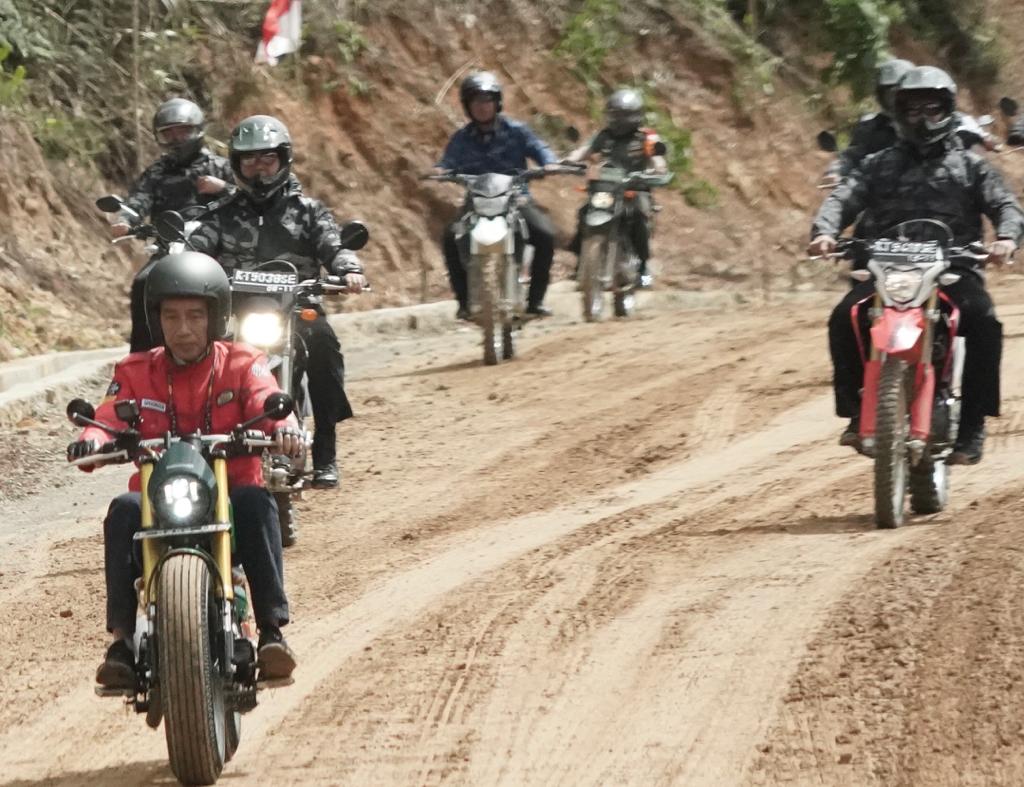 The President said that progress of the road construction has been very good and the construction is expected to be finished soon.

“This is the border between Indonesia and Malaysia. (It is) Nunukan and over there is Sarawak. We hope that the roads construction will be completed soon,” the President said.

The President added that developing road infrastructure is pivotal to connect regions and improve the economy of the regions.

“Infrastructure is important to connect regions and boost the economy by improving mobility of people, goods and commodities,” the President explained, adding that the Government will continue to build infrastructure even though the focus of the Government in the next five years is human resource development.

“The focus is on developing the quality of human resources. However, we also put our efforts to complete infrastructure development,” President Jokowi said.

After completing road construction, the President added, it will be easier to build other infrastructure such as schools or health centers. Roads will also enable people to access other places.

“In the easternmost point of Nduga, for example, people who need medical treatment should spend four days to access health care provider. That is why infrastructure is important,” President Jokowi said. (BPMI/ES)