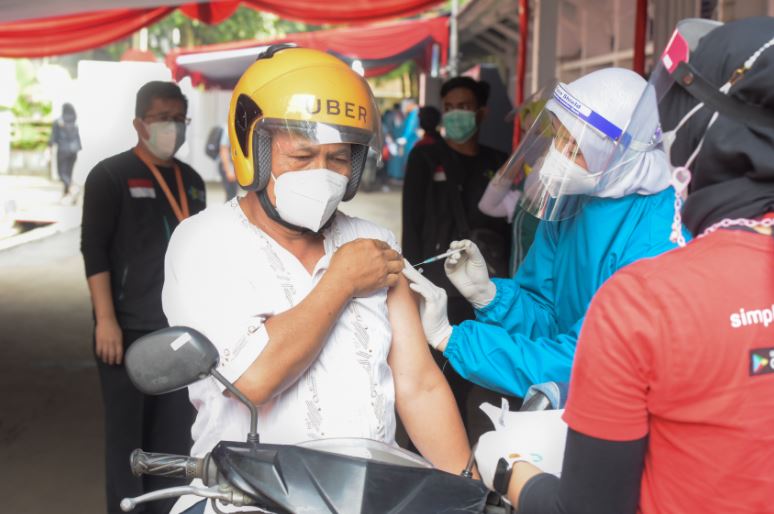 President Joko “Jokowi” Widodo on Tuesday (18/5) will conduct a working visit to inspect the initial implementation of the private vaccination program for workers and the Jakarta-Bandung High-Speed Train project in Cikarang, West Java province.

The first visit is to a factory belonging to PT Unilever Indonesia at the Cikarang’s Jababeka Industrial Estate.

PT Unilever Indonesia is one of the companies participating in the Gotong Royong (Mutual Cooperation) Vaccination program for Workers. The program is also carried out simultaneously in a number of companies in Jakarta Greater area via video conference.

Afterwards, the President is slated to visit the site of the Jakarta-Bandung High-Speed Train construction project in the same area. The first point is Casting Yard #1, the location of production and distribution support facilities for the box girder used as a compiler for the track structure for the Jakarta-Bandung high speed train project.