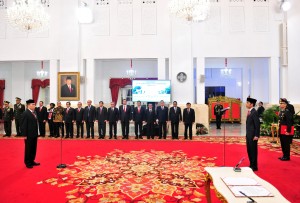 Hinsa was appointed based on Presidential Decree Number 56/P of 2019 on the Appointment of Head of the National Cyber Body and Encryption Agency recited by Deputy to Minister of State Secretary for Apparatus Administration Cecep Sutiawan.

Hinsa Siburian was born on October 28, 1959 in Tarutung, North Sumatra. He was the best graduate of the Military Academy in 1986. From August 2015 to April 2017 he served as Commander of the XVII/Cendrawasih Military Area.