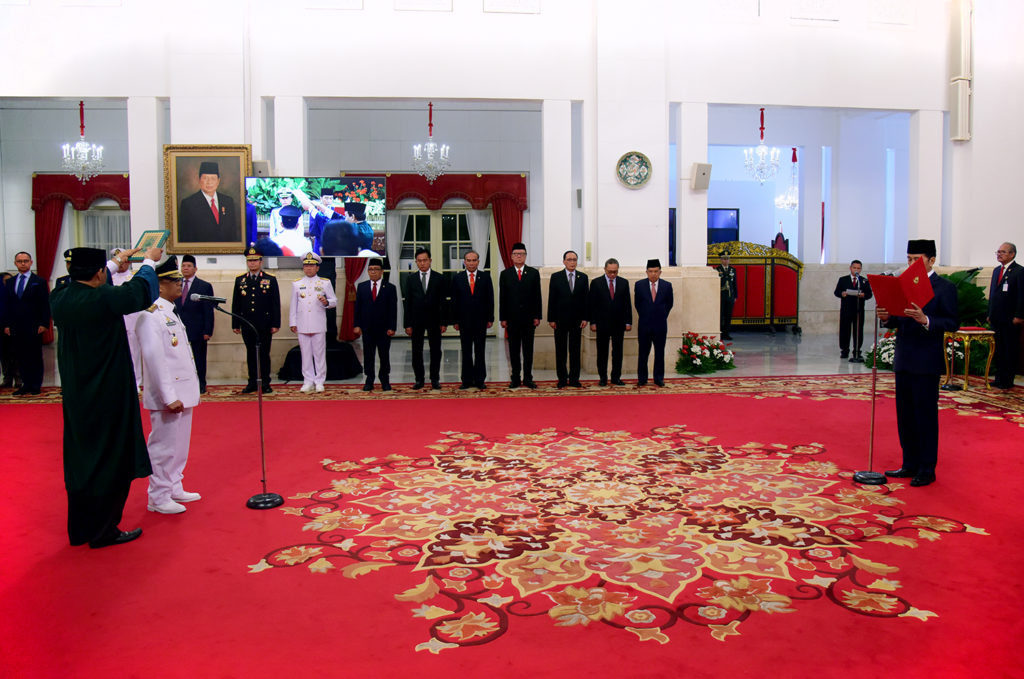 Rusli was inaugurated based on Presidential Decree Number 66/P of 2019 on the ratification of the appointment of the Deputy Governor of Central Sulawesi for the remaining term of 2016-2021. He replaced the late Sudarto, the previous Deputy Governor.

Rusli was chosen as the Deputy Governor at the Regional People’s Representative Council plenary meeting, on 8 July 2019. He is a politician from the National Mandate Party (PAN).

The Deputy Governor has promised to maximize his works in helping the Governor to redevelop the region, post-earthquake. “Of course, one of my duties is to solve problems relating to houses for the refugees as well as their needs,” said Rusli after his inauguration.

According to him, the Provincial Government will rebuild infrastructure, such as roads, as well as public facilities such as schools, healthcare centers, and so on. He remains optimistic that Central Sulawesi will prosper once more.

He also invited businesspeople to invest in the province. “Don’t be afraid to come to Central Sulawesi. The recent earthquake was a test but the people are optimistic and keep going forward. Therefore, we invite all investors to invest in Central Sulawesi. There are many investments we can offer,” Rusli stated, adding that they can invest in a number of sectors, such as gas, nickel mining, and plantations.

Concerning the division of tasks with the Governor Longki Djanggola, Rusli stated that they remained in accordance with existing regulations. “The main task of Deputy Governor is to give assistance to the Governor focusing in the field of supervision,” He said, adding that he aspires to improve the discipline of state civil apparatus. (FID/AGG/ES)