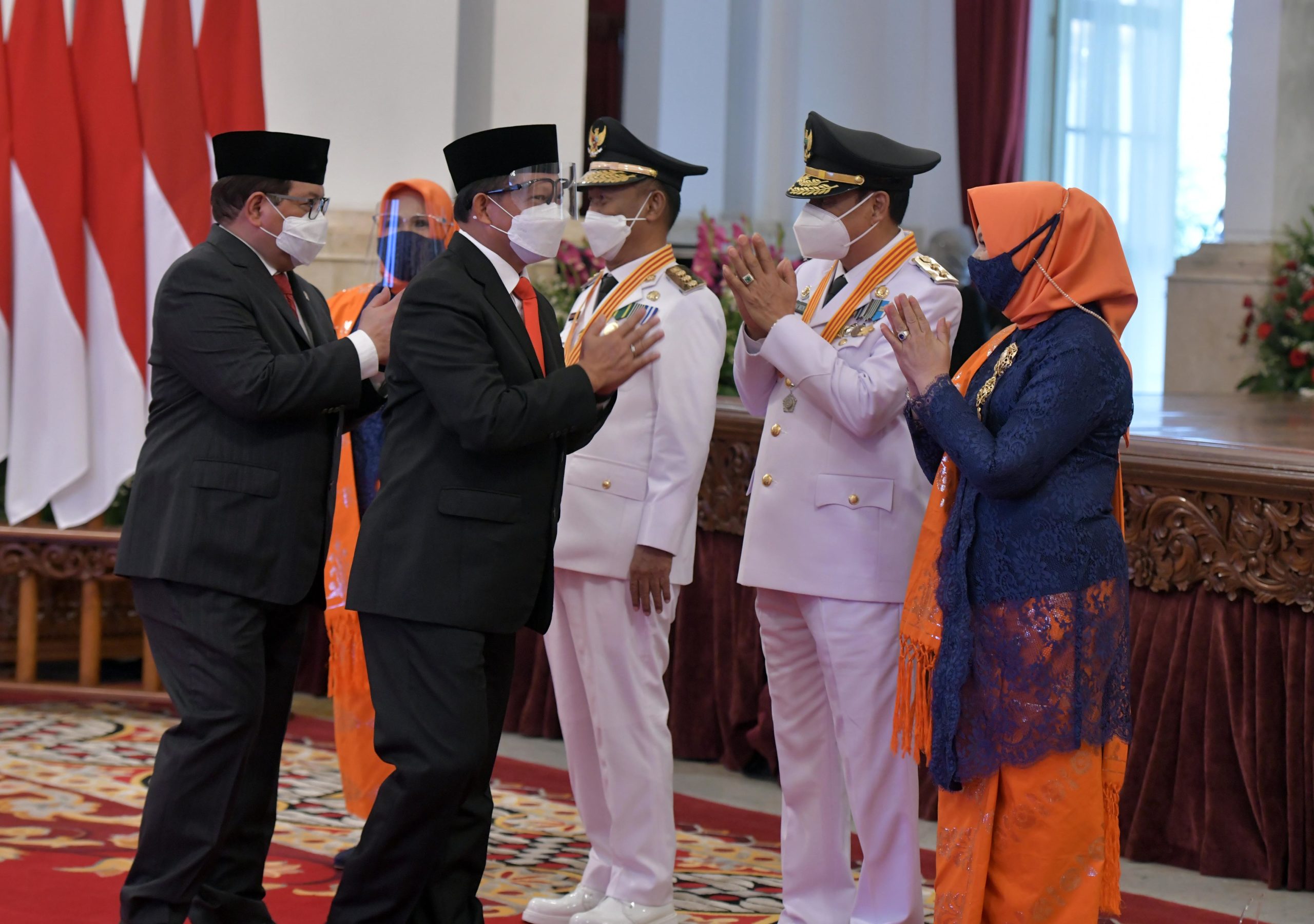 President Joko “Jokowi” Widodo officially inaugurated Rusdy Mastura and Ma’mun Amir as the Governor and Deputy Governor of Central Sulawesi province for the 2021-2024 term, at the State Palace, Jakarta, Wednesday (16/6).

Before the inauguration ceremony, President Jokowi handed over Presidential Decree to the pair at the Merdeka Palace. Afterwards, the President accompanied by Vice President Ma’ruf Amin and Minister of Home Affairs Tito Karnavian, walked along with the pair in a parade (kirab) to the State Palace.

The inauguration was based on Presidential Decree Number 81/P of 2021 on the Appointment of Governor and Deputy Governor of Central Sulawesi, enacted in Jakarta on 25 May 2021.

On that ceremony which adhered to strict health protocols, Rusdy Mastura and Ma’mun Amir took oath of office as Governor and Deputy Governor of Central Sulawesi before President Jokowi.

“I do solemnly swear by God to carry out all responsibilities as governor/deputy governor by all means in the fairest way possible, to uphold the 1945 Constitution of the Republic of Indonesia and to execute all laws and regulations in the fairest way possible, and dedicate myself to the service of the people, the state, and the nation,” President Jokowi recited the oath to be repeated by the newly-inaugurated governor and deputy governor.

Afterwards, the newly-inaugurated officials received congratulations from the President and Vice President, followed by a group photo.

On the occasion, Governor Rusdy Mastura stated to the President that he and Deputy Governor Ma’mun Amir would carry on efforts to handle COVID-19 pandemic and execute post-disaster management after major earthquake that hit the region back in 2018.

“The President has given us tasks to handle COVID-19 and disaster that hit Central Sulawesi in 2018. That will be our first duty. We are also instructed to lower poverty rate. Hopefully this mandate can be fulfilled so that Central Sulawesi can be a better province,” he said after the inauguration. (TGH/UN) (RAS/LW)