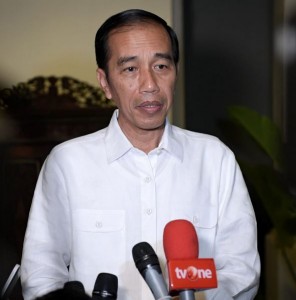 President Jokowi said that he has got some information about the earthquake and tsunami from the Head of the National Disaster Mitigation Agency (BNPB) even though the information was partial since the telecommunication was disrupted.

“I tried to contact the Governor but since this afternoon I could not reach him because it seems that the telecommunication was disrupted,” President Jokowi said in Solo, Friday (28/9).

The President added that he has also instructed Coordinating Minister for Political, Legal and Security Affairs to coordinate with the BNPB and Commander of the Indonesian National Defense Forces (TNI) to conduct emergency response, including searching and rescuing the victims, evacuation, and providing basic needs.

“We hope that tomorrow we will get more detailed reports and information because several Cabinet Ministers and Head of the BNPB are heading there, so we will wait until tomorrow morning to know the real situation,” President Jokowi said, adding that he always monitors the updated situation minute by minute.

The President further asked all people, especially those in Donggala, Palu and surrounding areas to remain calm but also vigilant. “We hope that we can handle (the disaster) together,” the President concluded.  (UN/BPMI Setpres/ES) (RI/EP/Naster)