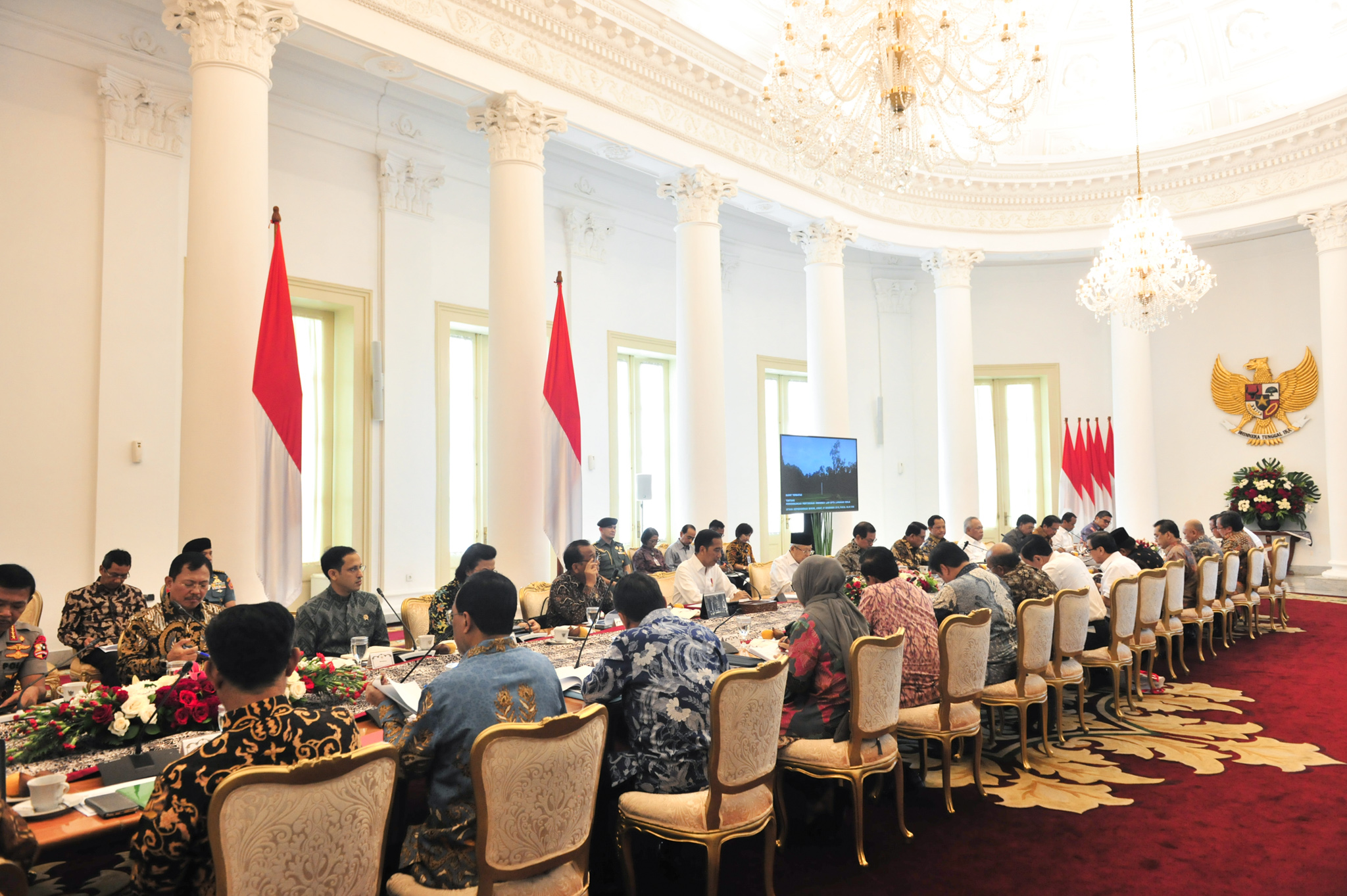 President Jokowi also stated that the derivative regulation must be done in parallel which does not only make the bill and the implementing regulations as solid regulations but also make it easier for stakeholders to understand the great architecture of the Omnibus Law.

“This will speed up the field execution after the draft is approved by the Parliament,” the President stated.

The President also instructed the Coordinating Ministers, Minister of State Secretariat, and Cabinet Secretary to open the Omnibus Law to the public. “So that if there were matters needed to be accommodated, they could still be (included in the bill). This is the process of openness that we want,” he said.

The bill, which covers 11 clusters and involves 30 ministries/institutions, will be submitted after 10 January 2020.(UN/RSF/MIT/JAY/ES)