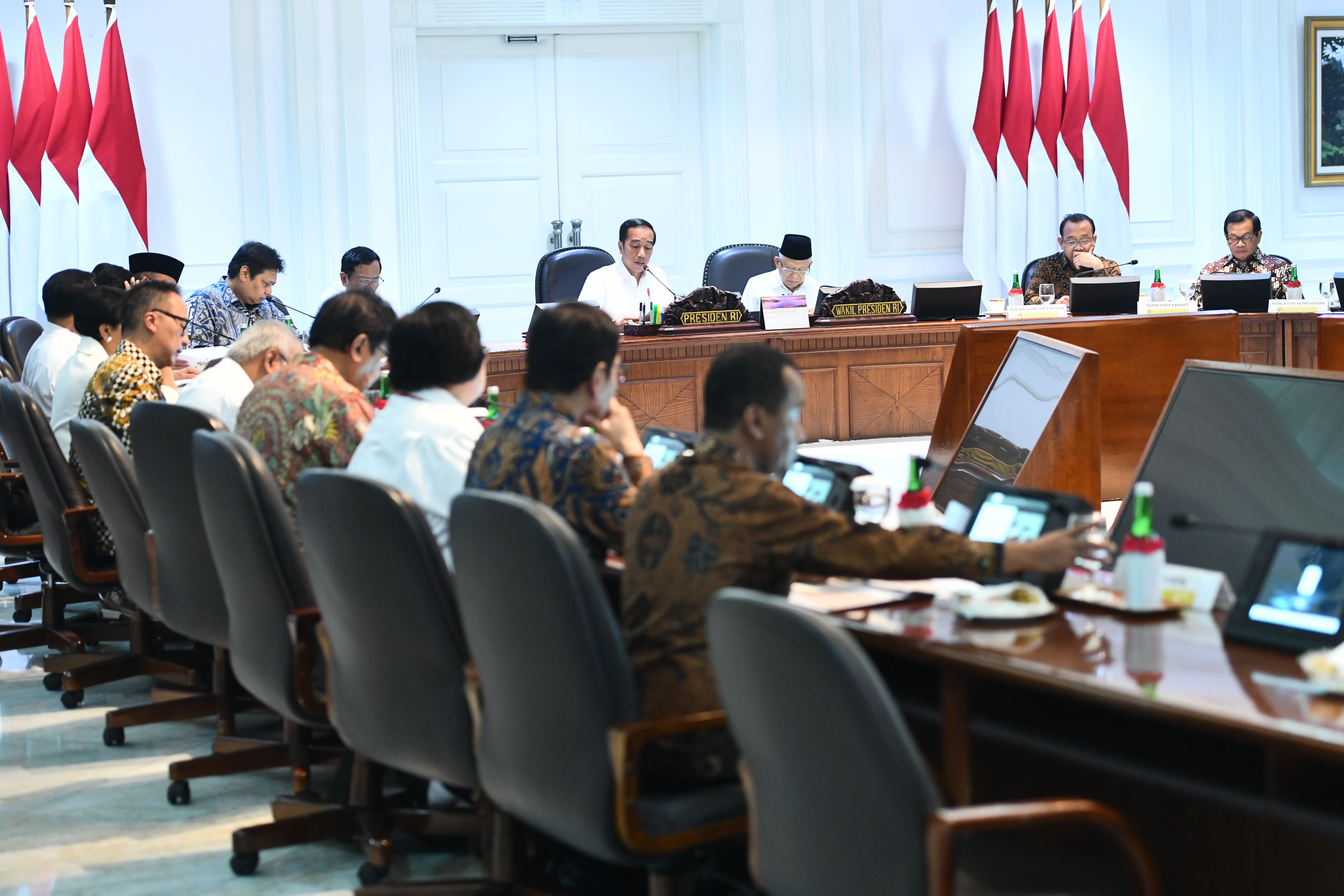 President Joko “Jokowi” Widodo has instructed Ministers and Heads of Institutions under the coordination of Coordinating Ministry for Maritime Affairs and Investment to take several measures to reduce trade deficit and current account deficit.

“First, prepare and create breakthrough programs in order to reduce the trade balance deficit and the current account deficit,” President Jokowi said in his remarks at the Limited Cabinet Meeting on Programs of Maritime Affairs and Investment, at the Presidential Office, Jakarta, Wednesday (30/10).

The President highlighted the importance of increasing investment as well as reducing dependencies on imported goods, particularly the import of oil-based fuels which has a huge impact on the trade balance deficit and trade deficit.

President Jokowi also stressed the need to increase lifting or oil production in the country so that the implementation of new renewable energy policy must be accelerated, especially the mandatory program from B20 to B30, before starting B50 and B100 program.

On that occasion, the President also mentioned the sea toll program which was highly appreciated by the public, Regents and Governors. The Government, he added, seeks to expand the program.

The President went on to say that the sea toll has reduced inflation and has cut prices by 20%-30%. However, he added, lately the existing routes were controlled by certain private company.

The President also said that the Government will prevent private sector domination on sea toll, adding that the sea toll road was built to reduce logistics and transportation costs in order to reduce price of goods.

Regarding investment, President Jokowi said that the Government seeks to focus on specific investments.

“(The investment) in Morowali sets a good example. We can make bauxite into semi-finished or finished goods through cooperation with partners, be it State-Owned Enterprises or private company,” the President said.

President Jokowi also highlighted large quantity of petrochemical import “We can set the Tuban, the TPPI (Trans Pacific Petrochemical Industries) to become the Petrochemical zone. The products can become import substitution, including for hydrogen that can be used for B30, B50 and B100,” the President said.

The President went on to say that producing import substitutions is very important, including in petrochemical industry or oil refineries.

“The implementation must be monitored so that we can immediately reduce current account deficit and trade balance deficit,” President Jokowi said.

Regarding tourism, President Jokowi said that the Government will focus on five tourist areas. “Our focus is to develop Lake Toba, Borobudur, Labuan Bajo, Mandalika and Manado, in terms of infrastructure, events, improvement of community-based products and community-based tourism,” the President said, adding that by the end of 2020, infrastructure, airports, roads, ports, tourism products and calendar of events should be completed.

President Jokowi further said that he has instructed Minister of the Environment and Forestry to prepare and develop green areas.

Finally, the President reminded the participants of the meeting that the investment climate and investment ecosystem must be improved. “We must continuously improve the ease of doing business to maintain trust both at home and abroad” President Jokowi concluded. (HIM/RAH/ES)