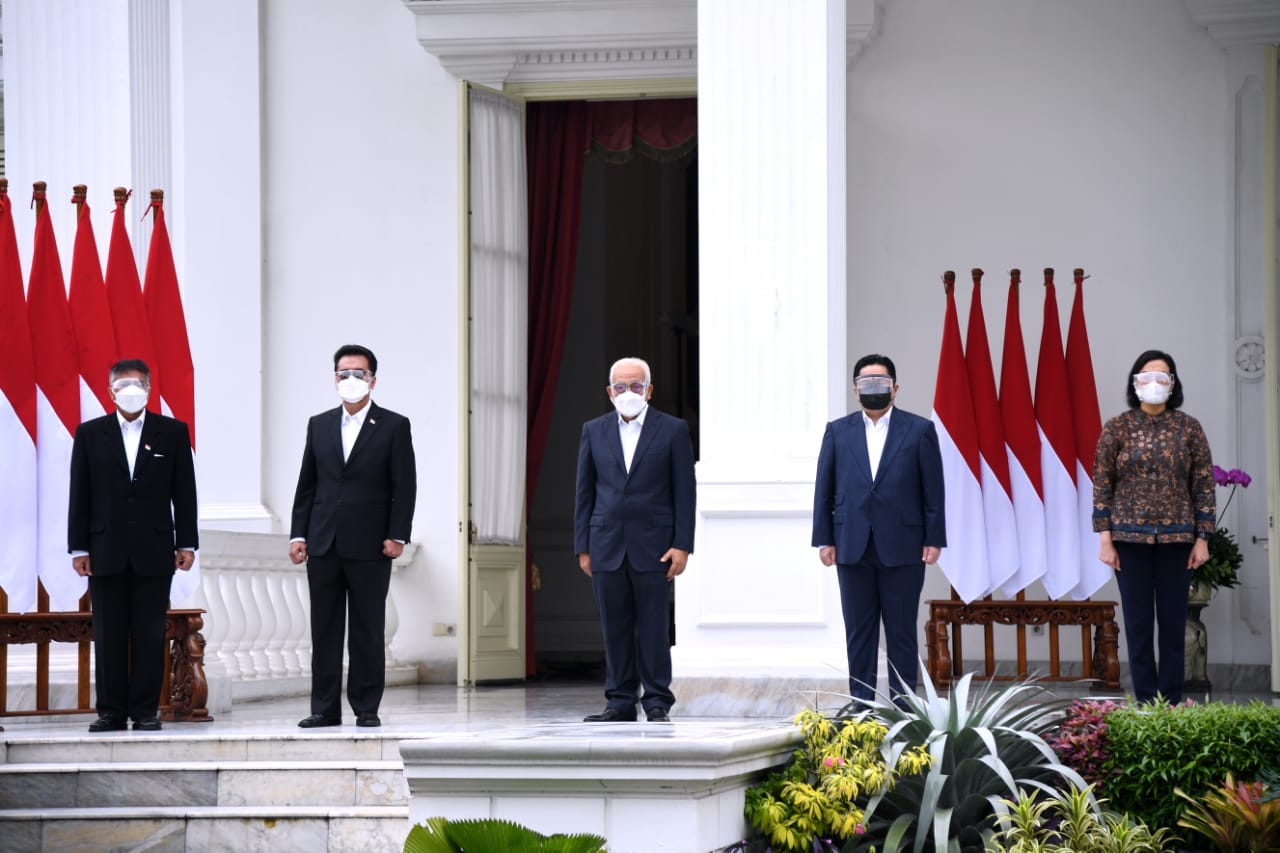 Five Members of the Indonesia Investment Authority’s Board of Supervisors. Photo by: Press Bureau of Presidential Secretariat/Lukas.

President Joko “Jokowi” Widodo on Wednesday (27/01) inaugurated five members of Board of Supervisors of the Indonesia Investment Authority (INA).

“The INA is managed by the nation’s best talent who are experienced on the international stage. They are selected by the selection committee assisted by professional headhunters,” the President said when introducing members of the Board of Supervisors and Board of Directors of the INA at the Merdeka Palace, Jakarta, Tuesday (16/02).

The President said that the Board of Supervisors consists of two ex officio members, namely Minister of Finance Sri Mulyani and Minister of State-Owned Enterprises Erick Thohir, as well as three professional members.

The first member is Haryanto Sahari who serves as a member of the INA Board of Supervisors for the term of office of 2021-2024.

“He is an expert in corporate governance and risk management, with more than 30 years of experience as a senior accountant auditing major world-class companies,” the President said.

Haryanto is a member of the Audit Committee of Unilever Indonesia from 2016 until now and has been a senior auditor at PricewaterhouseCoopers (PwC) Australia and a partner at PwC Indonesia. He is also experienced in leading the restructuring of various companies during the Asian economic crisis in 1998-1999.

“He is an expert in law, corporation and finance. He is the founder and Managing Partner of the law firm Makes & Partners and has more than 30 years of experience in the legal field with a specialization in handling corporate finance mergers and acquisitions, including foreign investment,” the President said.

Yozua Makes is the recipient of international awards from the Asia Pacific Legal 500 and the Global Counsel 3000.

“He is an expert in the capital market who has experience in fundraising and investment of up to US$ 1.5 billion in Indonesia-Malaysia, India and Vietnam, as well as has experience as a commissioner and director in various well-known entities, including Corporate Finance Partner at PricewaterhouseCoopers Indonesia and Chairperson at Creador Capital,” the President said.

On that occasion, the President also introduced five members of the INA’s Board of Directors who all come from professional sector.

For the record, the Indonesia Investment Authority (INA) is an institution for investment endowment fund management established by Law to increase and optimize the value of state assets in the long term to support sustainable development. The formation of the institution is based on the Job Creation Law. (TGH/UN) (RI/MMB)