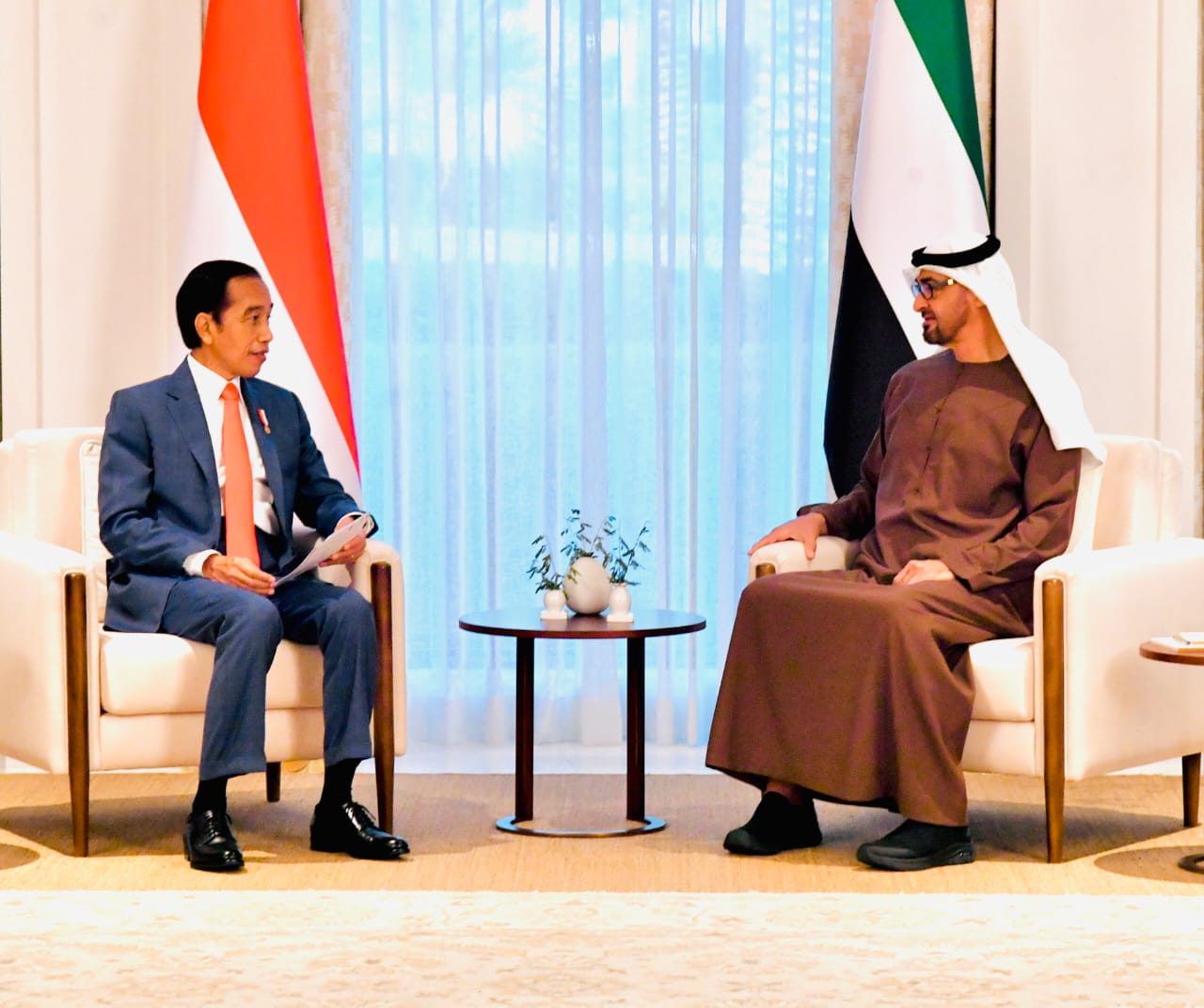 President Joko “Jokowi” Widodo invited the Crown Prince of Abu Dhabi HH Sheikh Mohamed bin Zayed Al Nahyan to the G20 Summit slated to be held in Bali during its presidency next year.

“The G20 Summit next year will be held in Bali on 30-31 October 2022. I am planning to invite Your Highness as a guest. It is my fervent hope that Your Highness can accept the invitation,” President Jokowi said in a bilateral meeting with the Crown Prince at Al-Shatie Palace, Abu Dhabi, the United Arab Emirates (UAE), Wednesday (03/11).

In the meeting, the President told the Crown Prince that Indonesia’s G20 presidency 2022 will adopt a theme “Recover Together, Recover Stronger”.

Indonesia in its presidency will pay great attention to the issues of digitalization and energy transition in order to ensure the availability of clean technology that is affordable for all, the issue of inclusive finance particularly for micro, small, and medium-sized enterprises (MSMEs), women, and marginalized groups, and investment for green and sustainable economy, the President added.

“The UAE will become one of G20 Summit’s guests under Indonesia’s presidency,” the Minister said.

She went on to say that the meeting also discussed the issues of cooperation in renewable energy sector, development of Indonesia’s new capital city, investment, trade, and travel corridor arrangement (TCA).

For the record, Indonesia and the UAE have established a travel corridor arrangement (TCA) in 29 July 2020, which is one of Indonesia’s TCA in early pandemic.

According to the Minister, both leaders have agreed to strengthen the TCA through recognition of vaccine certificates issued by each country and integration of COVID-19 surveillance system.

Both leaders, she added, also affirmed their commitments to enhance cooperation and partnership in the construction of Indonesia’s new capital city. They will follow up the issue in upcoming technical meetings, she said. (PRESIDENTIAL SECRETARIAT/UN) (RAS/MUR)