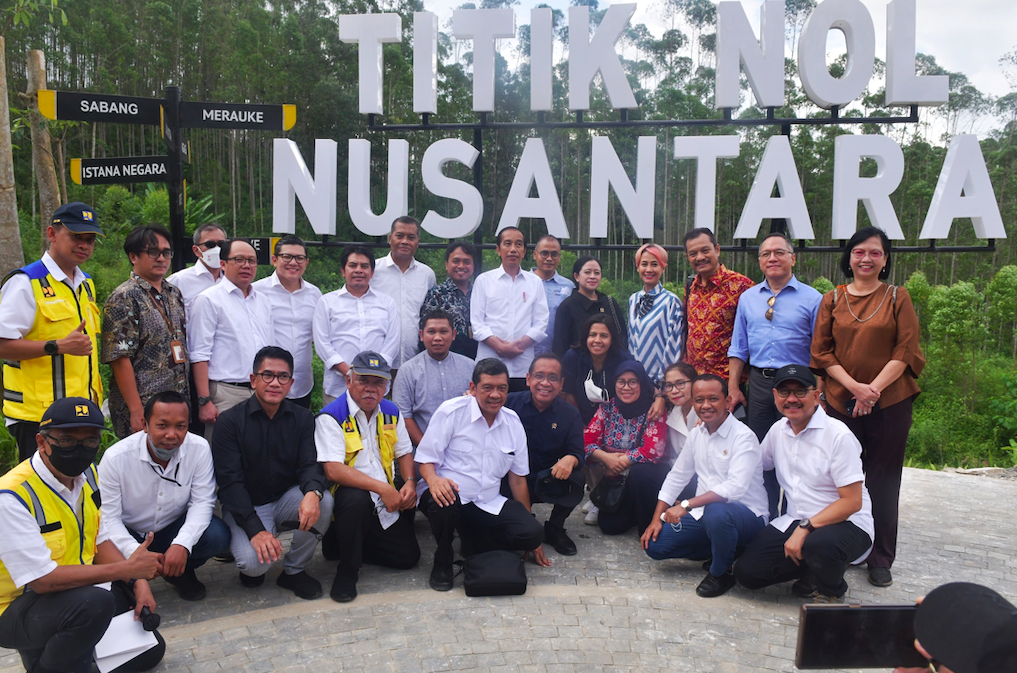 President Jokowi firstly visited Mentawir Nursery located in Mentawir village, Sepaku district, North Penajam Paser regency. To the editors in chief, President said that the construction of the Mentawir Nursery was a tangible manifestation of the Government’s seriousness in managing the environment, especially in the Nusantara area.

“We want to show that we are serious about environmental issues. If we don’t start now, the environment will be getting worse. That’s what we underlined,” said President.

He then invited the editors in chief to review the construction of the Sepaku Semoi Dam, which is also located in the North Penajam Paser regency. The dam with a capacity of 10 million cubic meters is one of the dams built by the Government to prepare raw water for new capital.

Arriving at the location, President and entourage listened to the panel presentation and mock-up of the dam by Director General of Water Resources of Ministry of Public Works and Public Housing Jarot Widyoko.

The next visit is Nusantara Zero Point. In the Zero Point area, the editors in chief listened to an explanation from the Head of the Nusantara Capital Regional Infrastructure Development Planning Task Force Imam Santoso Ernawi.

Afterwards, the group then headed to the lunch spot. The location is the place where President Jokowi and a number of ministers camped last March. (FID/BPMI/UN) (EST/HD)