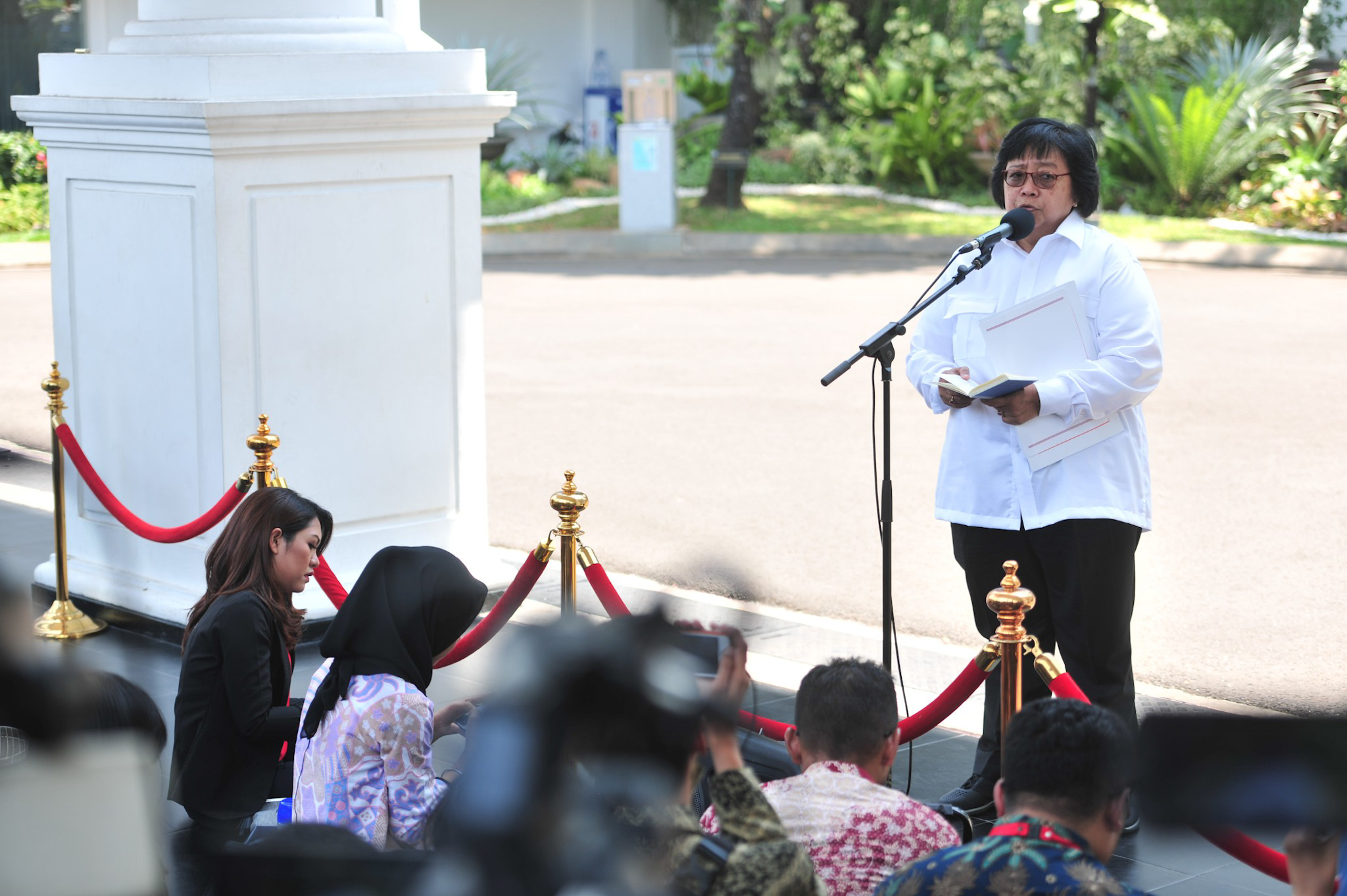 Minister of the Environment and Forestry of the Working Cabinet, Siti Nurbaya Bakar, holds a press conference at the Presidential Palace, Jakarta, Tuesday (22/10). Photo by: Jay/PR.

Minister of the Environment and Forestry of the Working Cabinet, Siti Nurbaya Bakar, has been summoned by President Joko “Jokowi” Widodo to the Presidential Palace, Jakarta, Tuesday (22/10).

“I think it is an extraordinary honor for me. I believe that the position given to me means trust and responsibility to support (the President),” Siti Nurbaya told reporters after meeting with the President.

According to Siti Nurbaya, during the meeting President Jokowi delivered his direction and explained key performance indicators of the current administration. The first issue to be addressed is current account deficit.

“It has something to do with investment and exports, to reduce import or develop import substitution,” Nurbaya said.

The second, she added, is related to employment. Multisectoral approach is important, especially in forestry and the environment sector.

Nurbaya went on to say that the investment climate must be maintained. Therefore, licensing procedures must be simplified, including by developing several measures on ease of business and Omnibus Law initiated by Cabinet Secretary and Coordinating Minister for the Economy in several cabinet meetings.

Omnibus Law, she added, is related to capital, location and land, as well as the environmental issues.

“Ministry of the Environment and Forestry must support investment and protect nature at the same time,” Nurbaya said.

She further said that social forestry is also important. The Government needs to accelerate the existing programs and resolve several issues.

Nurbaya further explained that the President also pays attention to environmental protection, including rivers, water, and soil erosion, as well as problem of land reforestation and rehabilitation.

“Reforestation relates to state forests. Today, we use the term “land rehabilitation’,” Nurbaya said, adding that the Government is committed to reducing the impact of natural disasters as well as improving the environment in tourist areas, including in Lake Toba, Mandalika, Labuan Bajo, and other places. (FID/JAY/ES)