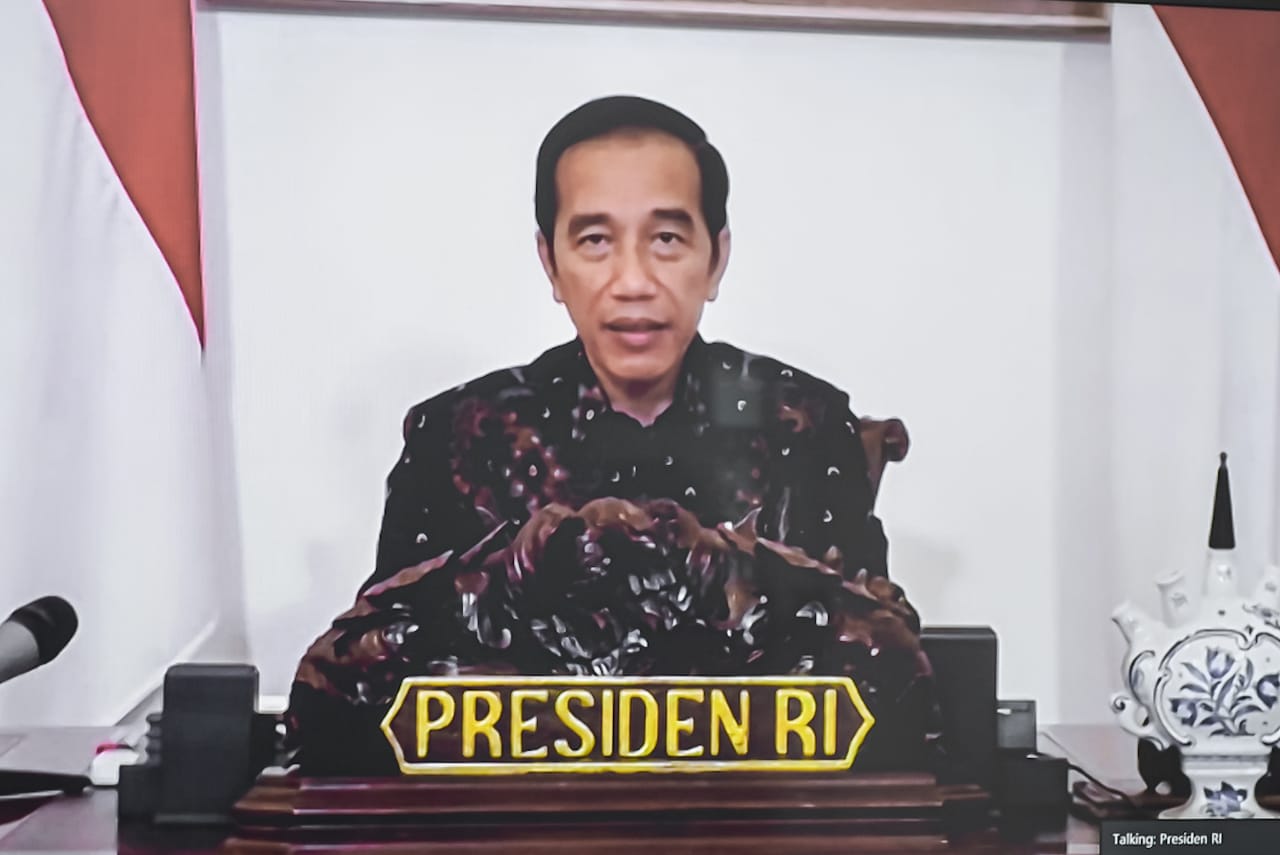 President Jokowi delivers his remarks during the Limited Cabinet Meeting on Tuesday (12/5).Photo by: Agung/PR

President Joko Jokowi” Widodo delivered directives related to the evaluation of the implementation of the Large-Scale Social Restrictions (PSBB).

The directives, delivered during the Limited Cabinet Meeting on Tuesday (12/5), are as follows:

First, the President ordered a detailed evaluation in provinces, cities and regencies on the rise or drop in new positive cases, both in areas implementing the PSBB and those that do not.

“There are also regions where the number of new cases remains unchanged just like before the PSBB implementation. We need to focus on these matters to find out what is going on and why, the President said.

“Therefore, we also evaluate provinces, cities, and regencies that do not implement the PSBB yet but implement physical distancing policies and apply strict health protocols in peoples daily lives, the President added.

The President further said that the regions implementing the PSBB should be compared with the regions that do not implement the PSBB because there are innovations implemented on the ground by applying a policy model of restricting activities in the communities.

Third, regarding PSBB control management, the President ordered that the implementation should not be trapped in the administrative boundaries of governance.

“It (should) also be translated into agglomeration and handling large areas that are interconnected so that inter-regional management is integrated. For example, what has been implemented in Greater Jakarta is interrelated so that the regulation of social mobility from the communities can be integrated and improved, the President said.

“For this reason, I order the Task Force to ensure that COVID-19 can be effectively under control in five provinces in Java, especially in the next two weeks. We have a chance until Eid Day and we must make the most of it, President Jokowi said.

Fifth, the President said that the loosening of the PSBB should be done in a careful and mindful manner.

“Everything should be decided based on the real data and implementation on the ground so that our decision is truly a correct one. We should be careful about relaxing the PSBB, the President concluded. (FID/EN)