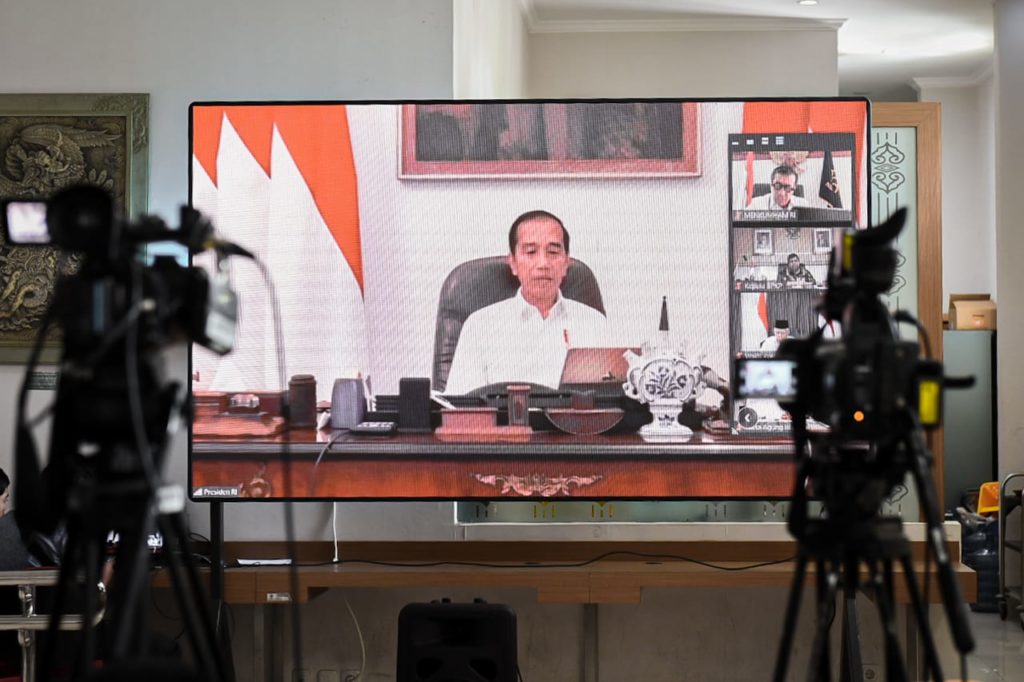 As part of the efforts to achieve 100 percent electrification ratio this year, the Government has set a target of providing electricity in 433 remote villages in four provinces.

To that end, President Joko “Jokowi” Widodo in a limited meeting through video conference on Friday (3/4) issued four directives, among others:

First, to identify 433 remote villages that have not received electricity and to find out the nearest villages with electricity available.

“Hence, we can determine the right technological approached, whether by extension of the electricity networks or by building mini-grids such as micro-hydro, diesel-fired power plant (PLTD) or through the distribution of electric tubes equipped with electric energy charging stations,” he said.

Second, to prepare the budget, regulations, and investment policies needed to support the program.

Third, to improve access to electricity, particularly for the underprivileged.

Fourth, the electricity program for the villages must provide added value to increase productivity, particularly for home industries.

“We hope that children can study with sufficient lighting in the evening so the quality of our education can also improve,” he added.

The President also mentioned that Indonesia’s electricity access population was ranked 95th, behind that of neighboring Malaysia – which was ranked 87th , Vietnam, which was ranked 84th, and Singapore, Thailand, China, South Korea which were ranked 2nd respectively.

“As for electricity supply quality, we are ranked 54th, (temporarily), the Philippines was ranked 53rd, Malaysia was ranked 38th, Thailand was ranked 31st, China was ranked 18th, and Singapore was ranked 2nd,” the President said.

“The number (of villages with no electricity) is small compared with the total number of villages in the country – around 75,000 – but we still have to get this done,” the President said. (FID/EN)