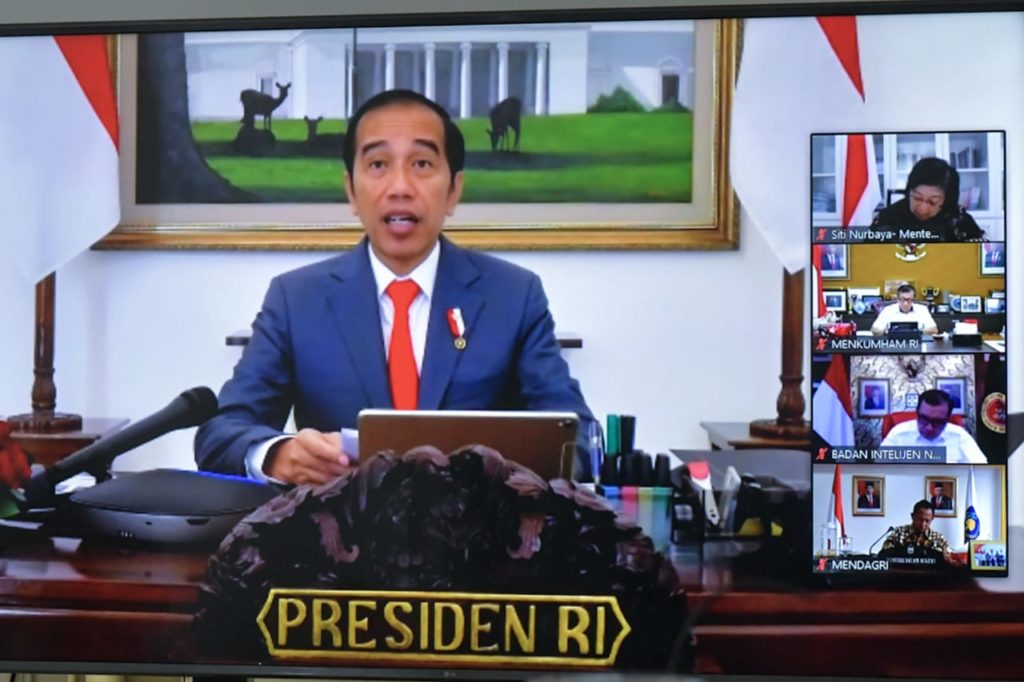 President Joko “Jokowi” Widodo on Tuesday (14/4) issued directives on the handling of COVID-19 during a Plenary Cabinet Meeting through a Video Conference.

The President’s directives are as follows:

First, implementation of massive sample tests must be expanded with aggressive tracking procedures and followed by strict isolation.

Second, adequate medical facilities and infrastructure, including the use of technology such as body sensors, big data, Immigration on Board, and AI (Artificial Intelligence) must be provided.

Third, effective communication to the media must be disseminated in a transparent and detailed manner.

Fourth, law enforcement with the support of state apparatus must be upheld.

“This is important so we really have a strong discipline to deal with this issue,” the President said.

“Those policies are aimed at preventing the spread of COVID-19,” he said. (TGH/EN)