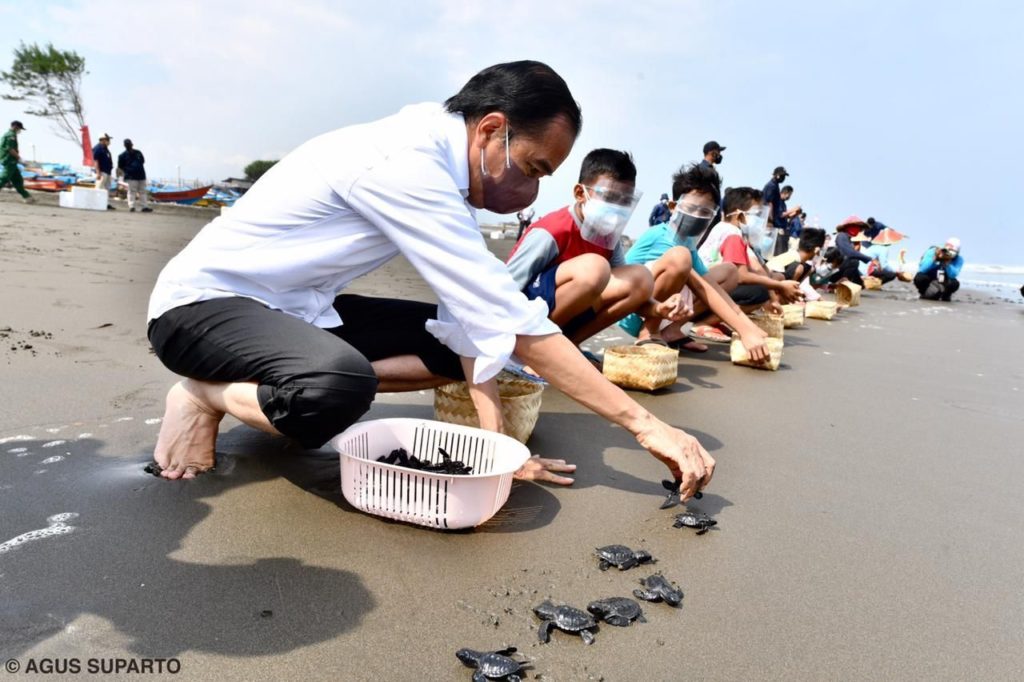 The campaign, the President added, was also expected to create a healthy marine ecosystem and maintain environmental balance on the coasts across Indonesia.

“I hope this campaign will build public awareness to maintain and keep the turtles growing and increasing in number,” he said, adding that the campaign will also be launched on a massive scale in all coasts throughout the archipelago.

“This turtle hatchling release campaign will not only be carried out in Cilacap. We will do it massively in beaches throughout the country,” he remarked. (DND/UN) (EST/EP)