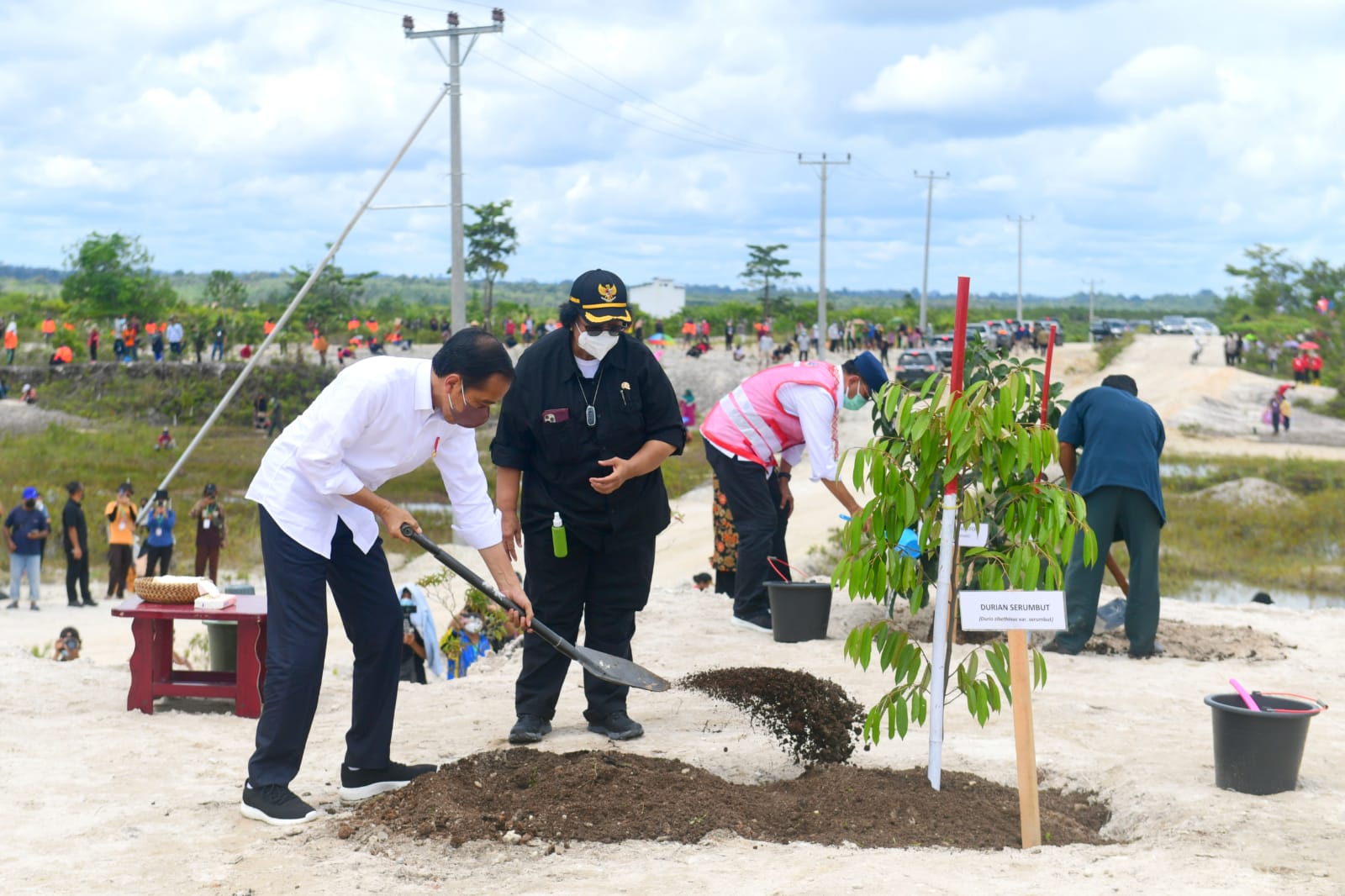 To conclude his working visit in West Kalimantan province and to participate in the environmental conservation campaign in areas formerly used as mining sites in the province, President Joko “Jokowi” Widodo Wednesday (12/08) joined local residents in Sintang regency to plant trees.

“This area used to be a gold mine back then in the 1990s. Today we planted vegetation of fruit trees and other species,” the President said after planting the trees.

On that occasion, the President expressed hope that the tree planting campaign can restore the environment in catchment areas (DTA) and watersheds (DAS) at Kapuas river and Melawi river.

“We hope this campaign can be rolled out in other places too so we can restore the environment in areas formerly used as mining sites. We will also build a nursery in the Kapuas river area to support replanting and restoration measures for our damaged forests,” he said.

In the meantime, Minister of the Environment and Forestry Siti Nurbaya Bakar reported said that the upstream area of ​​the Kapuas watershed is a water catchment area that must be conserved due to its potential for storing water.

“If this area is damaged, the great hydrological potential will vanish,” the Minister said, adding that the Kapuas watershed covers areas from Kapuas Hulu regency to provincial capital Pontianak, crossing other regencies, including Sintang, Melawi, Sekadau, Sanggau, and Landak.

For the record, the Government in 2016 designated the Kapuas Watershed as part of the priority strategic area for restoration.

The President has also ordered relevant stakeholders to build a large nursery for forest and land restoration in West Kalimantan province, especially in the Kapuas catchment areas. (FID/UN) (RI/EP)