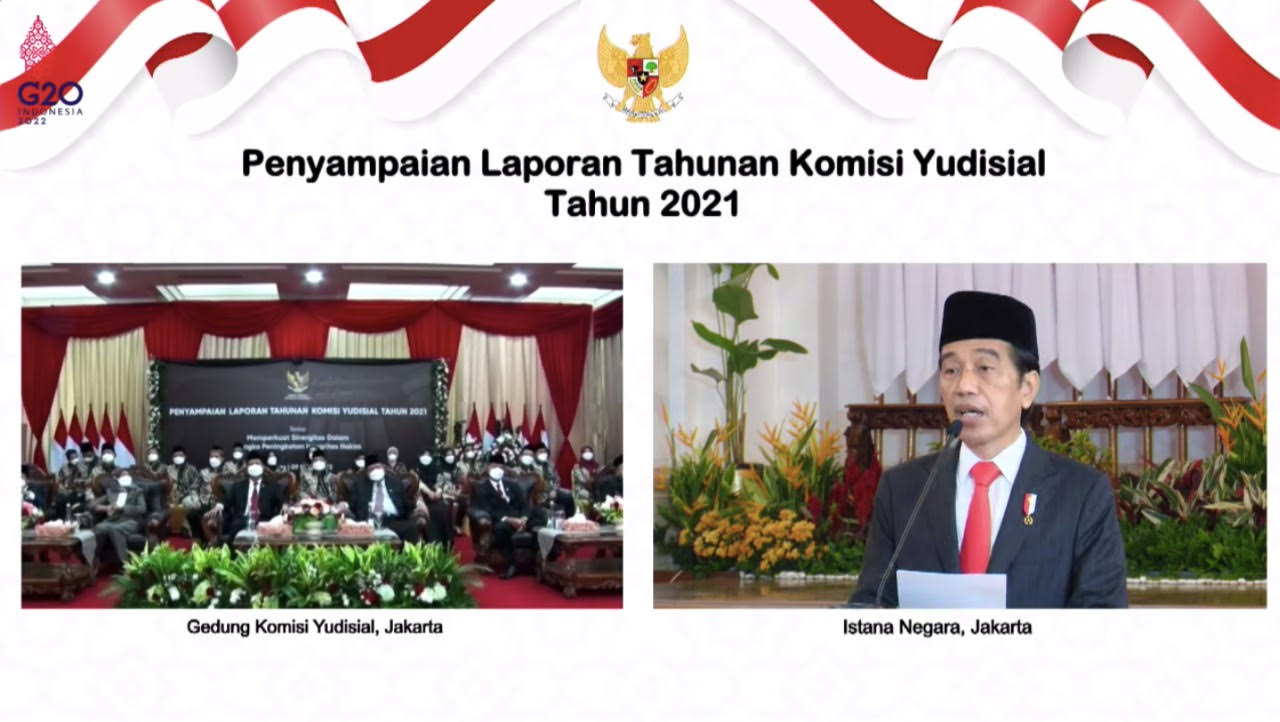 In assuming the role as the guard of independence, impartiality, and respect of the judges, Judicial Commission (KY) must ensure the integrity of judges and judges ad hoc of the Supreme Court (MA), and judges with integrity through a transparent, objective, and professional selection process.

The statement was made by President Joko “Jokowi” Widodo in his remarks during Annual Report Submission of Judicial Commission of 2021, Wednesday (03/09), virtually from the State Palace, Jakarta.

Judicial Commission must ensure that candidates for the judges proposed to the House of Representatives must have good track record, integrity, competency, and also have high motivation and commitment to eradicate corruption,” the President said.

President Jokowi added that today progressive measures are needed to cover the lack of judges ad hoc for corruption cases at the Supreme Court and judges for the state administration to handle tax cases who have a very crucial role to ensure protection for the state income from the tax sector.

“The achievement of KY to improve the integrity of judges and protect the honor of justice institutions is very important in order to improve the order of life as a nation and a state, and to make concrete contribution to realize justice for all Indonesian people,” he said.

In the opportunity, the Head of State also expressed his appreciation to KY for showing transparency to all the people through annual report submission, have been open to advices, and have strengthened supports for improvement. The President is of the opinion that transparency, participation, and adaptation are the keys in facing monumental challenges while the public has high expectation towards the state institutions.

The KY is also demanded to provide services and responses to fulfil people’s rights and interest, and to realize the independence of justice system in order to enforce law and justice,” he said.

The Government, President Jokowi continued, support every measure taken by KY to improve service quality by implementing and enhancing its digital-based services, such as in the process of judges recruitment up to online complaints.

On the occasion, the Head of State also expressed his appreciation on the formation of the team that bridge the communication between KY and MA, especially in finding solution whenever disagreement occurs, and also in conducting joint investigation of reports made by the people and justice seekers.

“Strategic partnership between KY and MA is the key to preserve the honor of judges in making decision in cases, so we could restrict and break off the action of justice mafia and other mafias that have broken the trust in the judges as well as justice institutions, and have wounded the people who seek for justice,” he emphasized. (FID/UN) (AW/MMB)