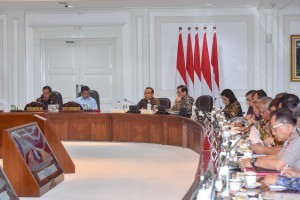 I have instructed the INAPGOC, ministers, and head of institutions who are responsible in the organization of Asian Para Games to check and  monitor the progress including the preparation on the ground, President Jokowi said in his remarks at a limited meeting on the Preparation of the 2018 Asian Para Games, at the Presidential Office, Jakarta, Tuesday (2/10).

According to the President, the 2018 Asian Para Games must be organized successfully so that Indonesia as the host can provide the best services to athletes and officials from 42 countries from across Asia.