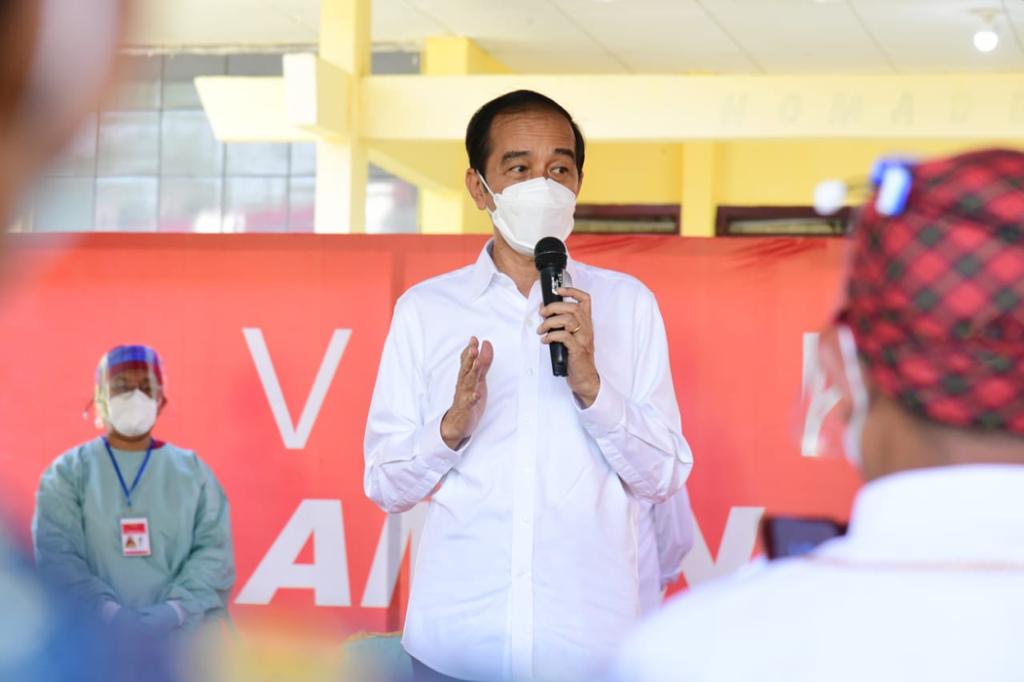 President Joko “Jokowi” Widodo, on Thursday (25/3), is scheduled to conduct a series of working visits in Maluku provincial capital of Ambon City.

At the location, the President is also planned to inspect mass vaccination for public officers or workers at the port, consisting of employees from state-owned shipping company PT Pelni, state-owned port operator PT Pelindo, Office of the Harbormaster and Port Authority (KSOP).

After the inauguration, the President will head to the residence of Raja Hitu, Central Maluku Regency, to inspect mass vaccination.

The President is also slated to have a dialogue with representatives of fishermen groups, fish sellers, and local market traders at the Huseka’a Hitu Pier.  (BPMI/UN) (FI/MUR)