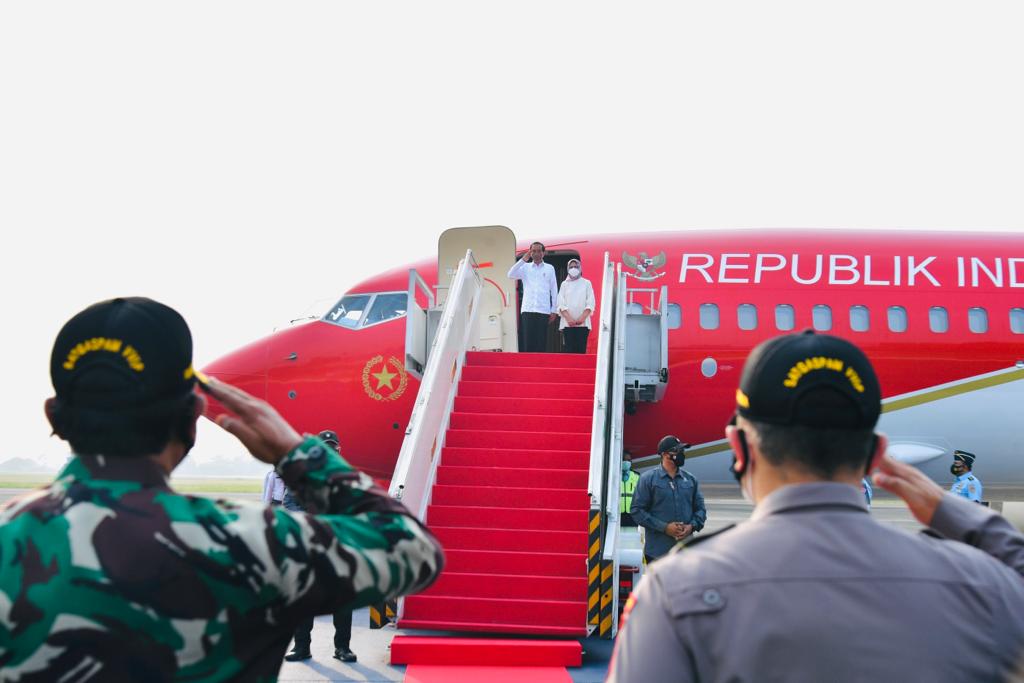 The President and his entourage took off from Halim Perdanakusuma Air Force Base, Jakarta, on the Indonesia-1 Presidential Aircraft at 07.35 Western Indonesian Time (WIB).

Afterwards, the President is slated to head to Puncak Waringin, West Manggarai regency to inaugurate the arrangement of Puncak Waringin area and Batu Cermin Cave area, as well as the development of eight roads in Labuan Bajo.

For the record, Labuan Bajo is one of the five super-priority destinations along with Lake Toba in North Sumatra, Borobudur temple in Central Java, Mandalika in West Nusa Tenggara, and Likupang in North Sulawesi.

In the afternoon, the President and First Lady Ibu Iriana Joko Widodo will return to Komodo International Airport to head back to Jakarta. (BPMI of Presidential Secretariat) (RIF/MUR)