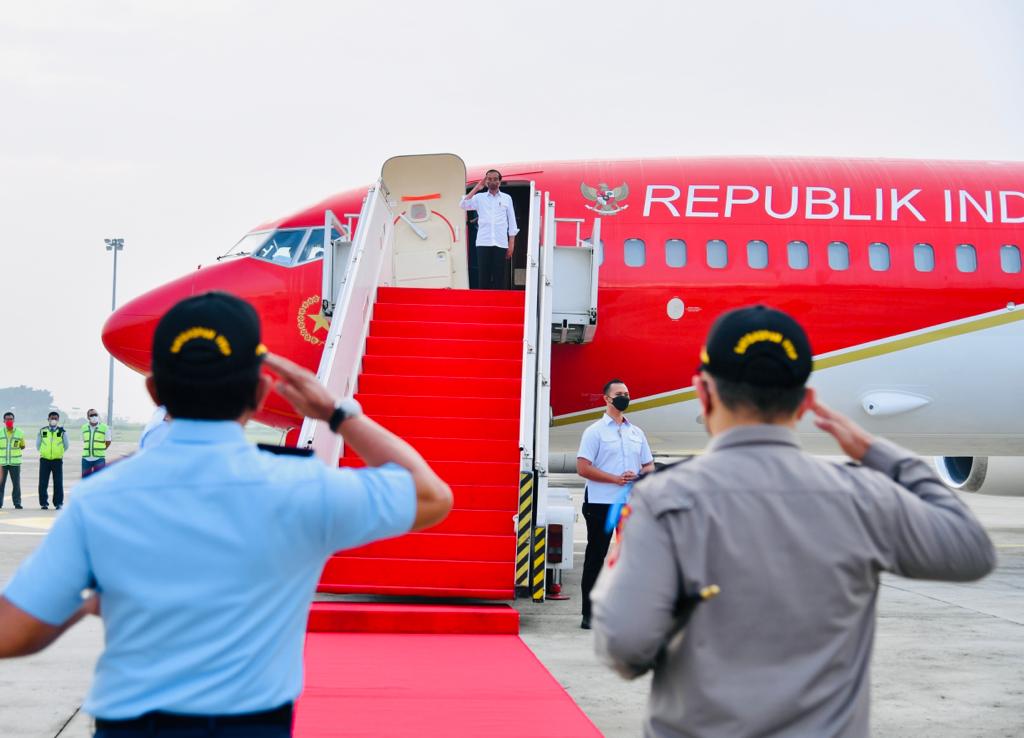 The President and his entourage took off from Soekarno-Hatta International Airport in Tangerang city, Banten province onboard Indonesia-1 Presidential Aircraft at around 07.15 Western Indonesian time.

At Mentawir Nursery, the President is set to lead the groundbreaking ceremony of the nursery and to see the Exhibition of Forest and Land Fires and Disaster Management with Forest Rangers and Manggala Agni forest fire-fighting brigade of Ministry of Environment and Forestry.

Afterward, the President is scheduled to inspect the ground zero of the New Capital of Nusantara (IKN), the location where he camped last March. At the location, the President will attend the presentation of IKN Chairperson of Authority and have a discussion with several mass media Editors-in-Chief.

In the afternoon, the President will fly to the East Kalimantan capital of Samarinda through PT ITCI Hutani Manunggal Helipad onboard the Air Force’s Super Puma Helicopter, landing on Kadri Oening Sports Center in Sempaja.

The Head of State is slated to attend the Inauguration of the 32nd National Congress and the 31st Consultative Assembly of Members of the “Sanctus Thomas Aquinas” Catholic Student Association of the Republic of Indonesia.

The President will then head to Aji Pangeran Tumenggung Pranoto International Airport in Samarinda to return to Jakarta onboard Indonesia-1 Presidential Aircraft. (BPMI of Presidential Secretariat/UN) (DH/MMB)