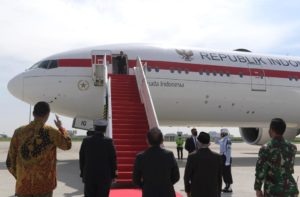 “Today, I will begin international working visits to three countries, namely Italy, the United Kingdom, and the United Arab Emirates,” the President said in his statement before takeoff.

“This will be my first bilateral visit during COVID-19 pandemic. I will seize this visit to strengthen cooperation [between Indonesia and the United Arab Emirates], especially in trade and investment sectors,” President Jokowi said.

For the record, the flight that carries the Head of State and his entourage will take approximately 13 hours and it is estimated that the flight will land at Fiumicino airport in Rome, Italy at 17.25 Local Time.