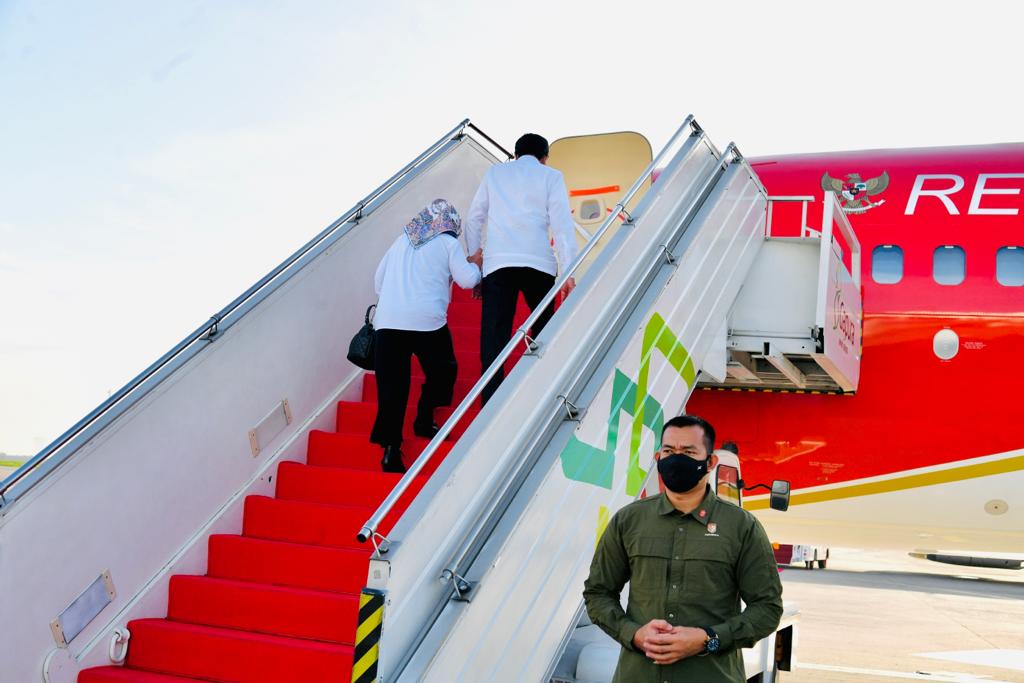 The President who is accompanied by First Lady Iriana Joko Widodo and the entourage took off from Soekarno Hatta International Airport in Tangerang, Banten, at around 07.00 Western Indonesian Time aboard Presidential Aircraft.

Upon arrival at Sultan Thaha Saifuddin Airport in Jambi city, the President and First Lady are slated to visit Angso Duo Market to distribute cash transfer assistance (BLT) for cooking oil to beneficiaries.

Afterwards, he is slated to head to Pundak village in Kumpeh Ulu district, Muaro Jambi regency to inspect a betel nut manufacturer and release the export of betel nut as a commodity.

After the inspection, President Jokowi and the entourage will head to Muaro Jambi national cultural heritage site to see Kedaton Temple. On the way to the site, the Head of State is slated to inspect an infrastructure project to improve quality of roads connecting the temple and Muara Sabak Port.

Before returning to Jakarta, the President will distribute a number of assistances to the beneficiaries in Bedug Market, Jambi city.

Also accompanying President Jokowi on the flight to Jambi were Minister of State Secretary Pratikno and Minister of Public Works and Public Housing Basuki Hadimuljono. (BPMI of Presidential Secretariat/UN) (RAS/MUR)