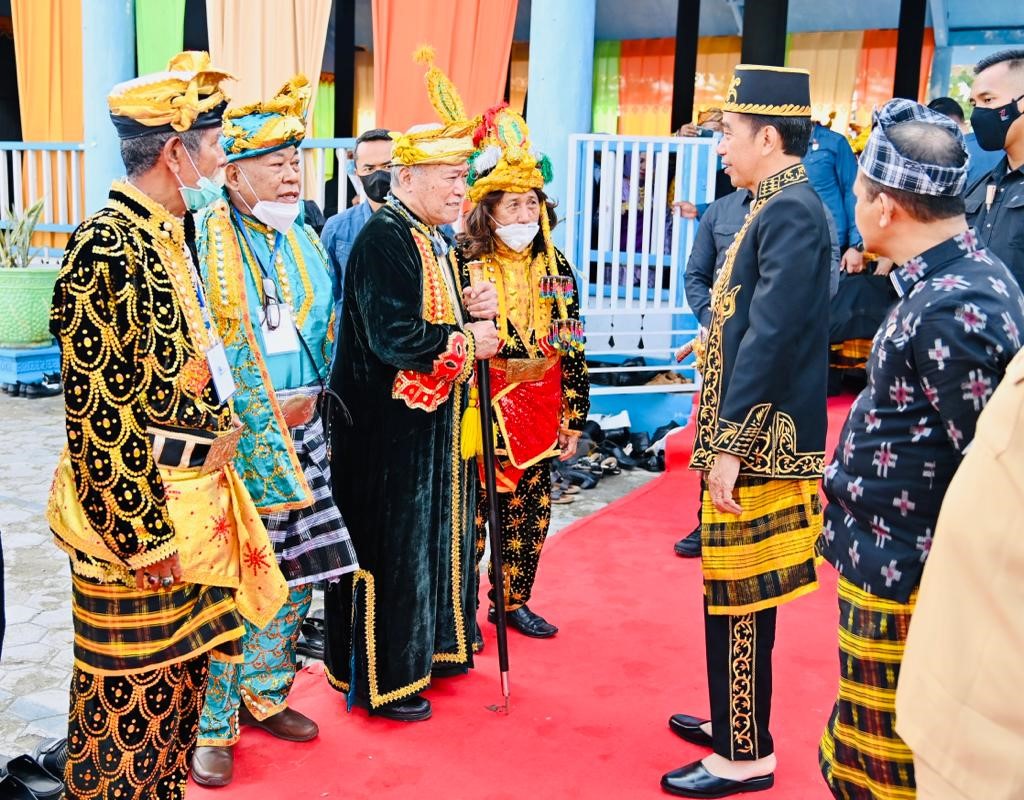 “The President will attend the conferment of traditional title and receive the sultanate title,” Head of Presidential Secretariat Heru Budi Hartono said in his written statement.

On that occasion, the President is also scheduled to head to Bahari Berkesan Market and Ternate Vocational and Productivity Training Center to distribute social assistance, as well as inspect the distribution of wage subsidy assistance to beneficiaries.

“The President will certainly hand over the assistance and listen to people’s aspirations,” he said.

Upon arrival, the President is scheduled to meet the community at the Jailolo Post Office and Jailolo People’s Market.

“The President will visit local post office, namely the Jailolo Post Office to ensure that the distribution of social assistance is well-targeted. He also will greet the community at the West Halmahera Market, Jailolo Market,” Heru said.

Heru went on to say that the President will continue his working visit to Tidore Islands City and go directly to Galala Market and the Guraping Village Post Office.

“The President will visit Sofifi, Tidore, where other activities will be held at Galala Market, the local post office, and the MSMEs Mart,” he added.

Concluding his working visit in North Maluku province, the President and his limited entourage will head to the Tidore Islands city to leave for Ternate city.

Upon arrival at Ternate’s Sultan Babullah Airport, the President and his entourage will take off to return to Jakarta. (BPMI of Presidential Secretariat/UN) (RIF/LW)