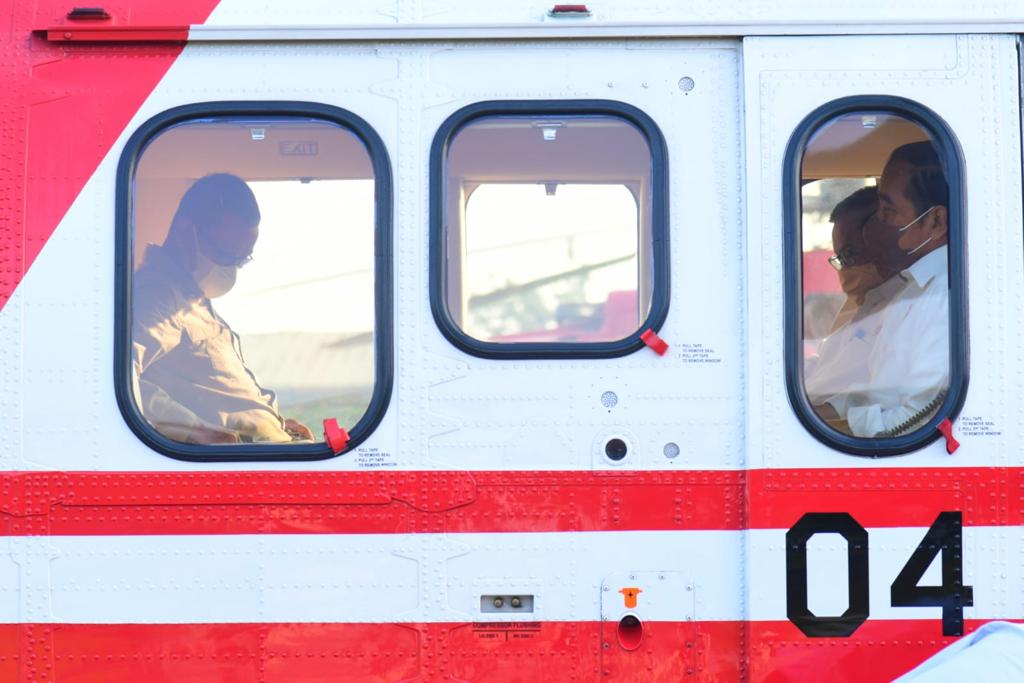 The President and his entourage took off from Atang Sendjaja Air Force Base in Bogor regency, West Java province onboard a Super Puma helicopter at around 07.10 Western Indonesian Time.

Upon arrival at Chakrabhuwana Airport in Cirebon city, President Jokowi is slated to go to Harjamukti Market to hand over social assistance to beneficiaries. Similar activity is also scheduled at Kanoman Market.

After his West Java working visit, the President and his entourage will continue their journey to Central Java province by car. The President is also scheduled to hand over social assistance to beneficiaries at Tanjung Market and Bulakamba Market, Brebes regency.

In addition, President Jokowi is also slated to inspect and inaugurate the Kaligangsa Bridge and Brebes-Tegal Ring Road. After the inauguration, the President and his entourage will immediately return to Bogor regency using the Super Puma helicopter via Karangbirahi Stadium. (BPMI of Presidential Secretariat/UN) (FI/MMB)