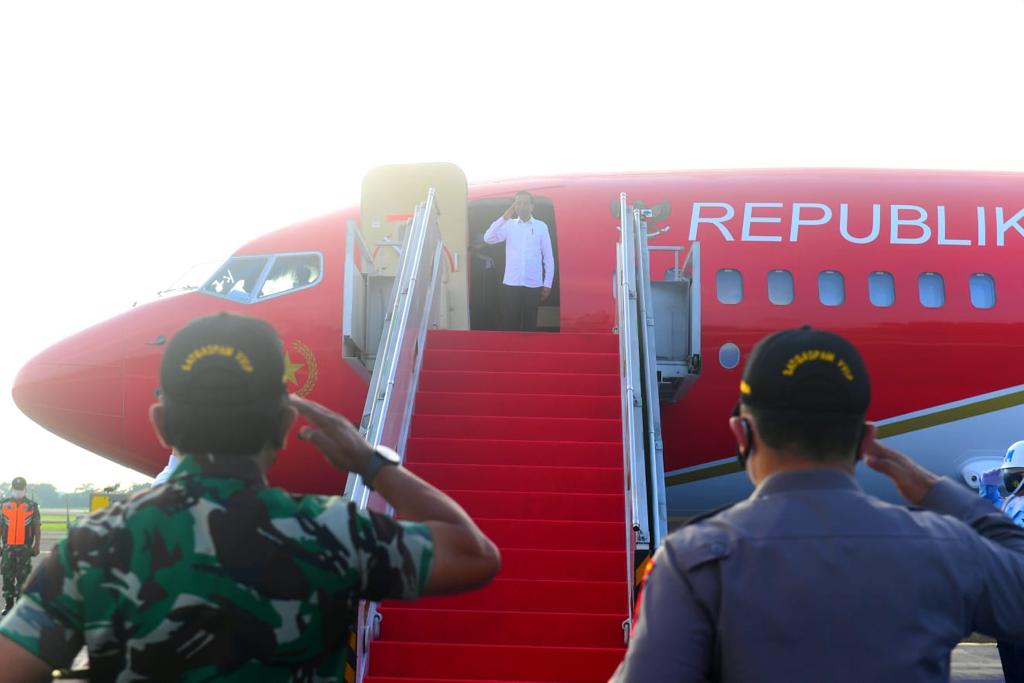 The President and his entourage took off from Halim Perdanakusuma Air Force Base in East Jakarta onboard Indonesia-1 Presidential Aircraft at 07.00 Western Indonesian Time (WIB).

Upon his arrival at the province’s Supadio International Airport in Kubu Raya regency, the President and his entourage are scheduled to continue the flight onboard Garuda ATR aircraft and the Air Force’s CN 295 aircraft to Sintang regency, which is located in the northeastern part of the province.

At the newly built Tebelian Airport in the regency, the President is slated to inspect a number of facilities there and inaugurate the airport.

The Head of State is also scheduled to inspect the construction of a flood control embankment in Ladang sub-district in the regency and hand over social assistance to flood-affected residents at the Sintang Health Detachment’s yard.

To conclude his working visit, the President is scheduled to plant trees with local communities in the watershed (DAS) area in Kedabang sub-district. (BPMI of Presidential Secretariat/UN) (RIF/EP)