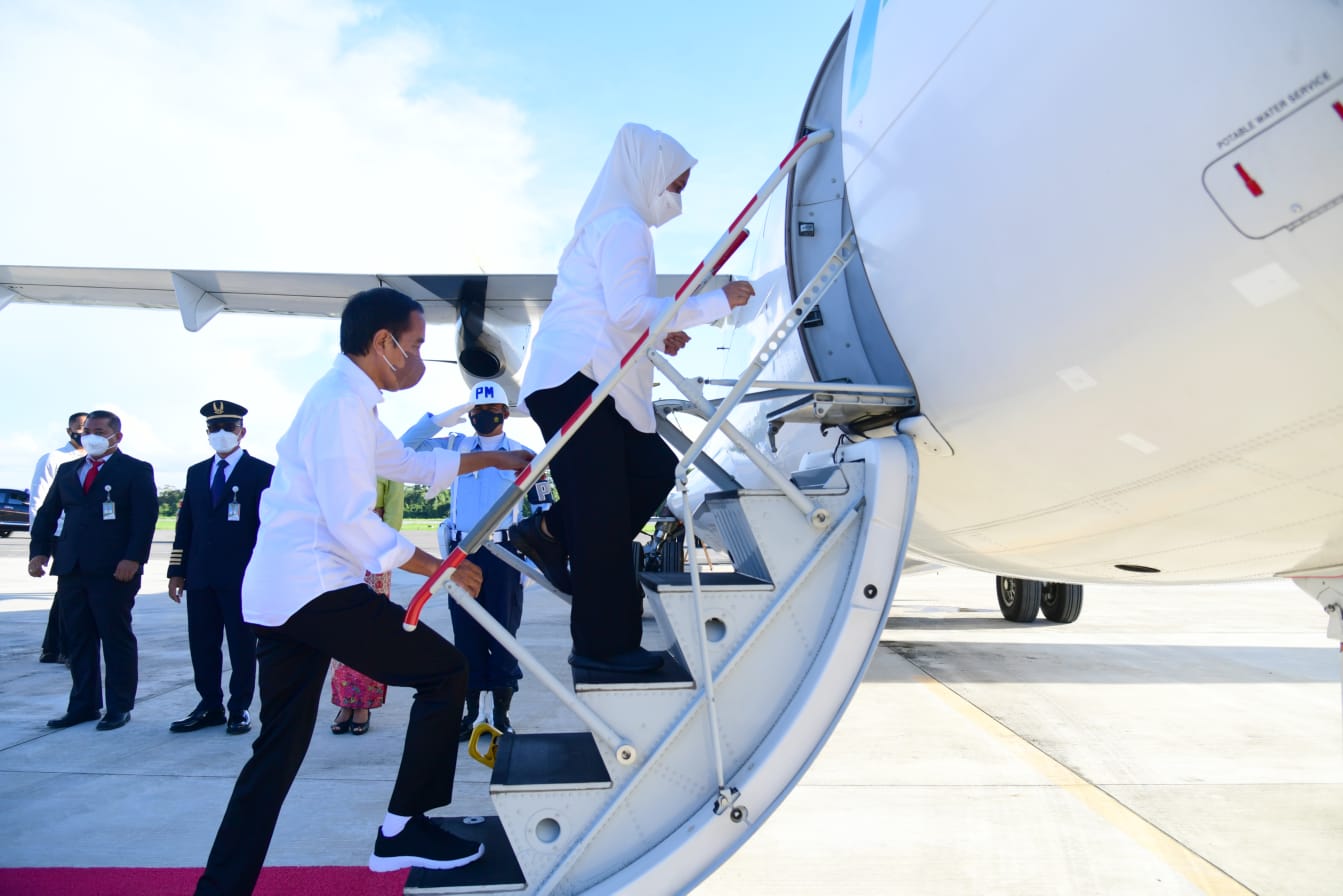 The President and his entourage took off from Haluoleo Air Force Base in South Konawe regency onboard ATR Aircraft at around 07.40 Central Indonesian time.

Concluding the working visit to the regency, the Head of State is slated to release turtle hatchlings at Patuno Resort with local communities of Wakatobi regency.

The President and his entourage are set to return to South Konawe regency to return to Jakarta onboard Indonesia-1 Presidential Aircraft.

Wakatobi regency is a group of around 150 islands forming an administrative regency in Southeast Sulawesi province. The regency is also home to the famous Wakatobi National Park, one of fifty national parks in Indonesia with a total area of 1,39 million hectares.  (BPMI of Presidential Secretariat/UN) (DH/EP)