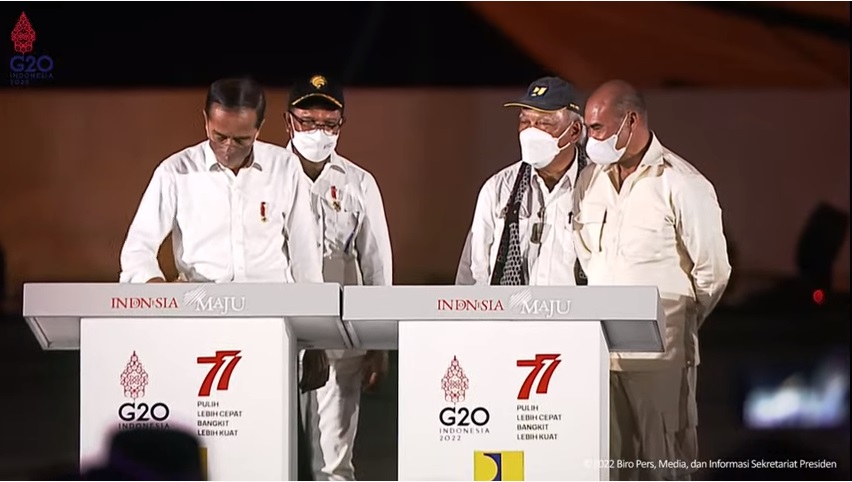 Previously, the President also inaugurated the expansion of Labuan Bajo’s Komodo airport and the arrangement of Rinca Island.

“I have been noticing a radical transformation in the faces of NTT, West Manggarai, and Labuan Bajo from morning till evening,” the President said.

The Head of State underscored that the arrangement of Labuan Bajo as one of the super-priority tourist destinations (DPSP) aims at providing an economic impact on local communities.

“The ultimate goal of arranging all existing areas is to improve the people’s welfare in NTT, especially in West Manggarai and Labuan Bajo,” he added.

After following the transformation from year to year, the President assessed that Labuan Bajo has been arranged better and more beautiful, adding that local communities must take care of the area and maintain it properly.

“First, be friendly to tourists. This is very important, right? Second, do not litter since Labuan Bajo is now cleaner and stunning. There should be community work every month so this area will be well-maintained and becomes more stunning by the day,” he said.

On that occasion, the President also expressed hope that the public can make use of the Marina-Labuan Bajo area for various activities.

“This area can be used for activities, cultural arts activities, and performing arts, which will lure more tourists to come to Labuan Bajo,” the President remarked. (TGH/UN) (RIF/MUR)