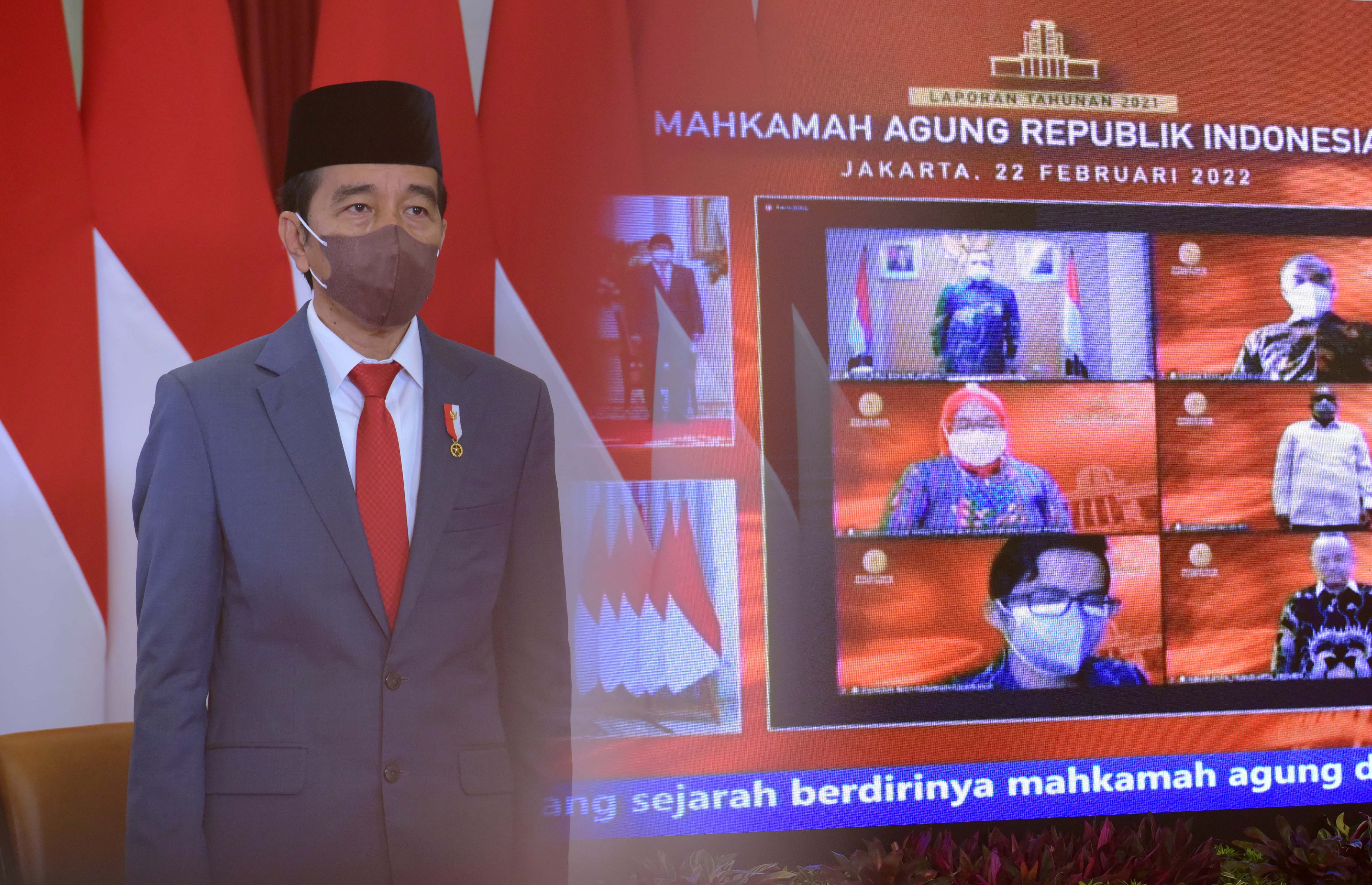 President Joko “Jokowi” Widodo Tuesday (02/22) expressed appreciation for the role of Supreme Court in accelerating legal transformation in the country.

“The Government expressed appreciation and highest gratitude to the Supreme Court for their hard work to speed up modern courts development, transformation from the conventional justice system to the modern one to accelerate legal transformation in Indonesia,” the President said in his remarks via video conference at the Special Plenary Session of the 2021 Supreme Court Annual Report, from the State Palace, Jakarta.

The transformation, the President continued, is an important measure to provide better judicial services for the people.

“Judicial services must be faster and easier, simple, low-cost, and professional, as well as ensure the creation of fair law enforcement,” he added.

The Head of State also expressed hope that the Supreme Court would remain consistent in strengthening access to justice for vulnerable groups—namely women, children, and persons with disabilities—through strengthening service regulations and access to disability in every line of court.

“I believe that effective law enforcement efforts by the Supreme Court will contribute to realize prosperity and social stability, strengthen the democratic system, and accelerate the transformation towards the Advanced Indonesia that we aspire to,” President Jokowi remarked. (TGH/UN) (GWH/MUR)