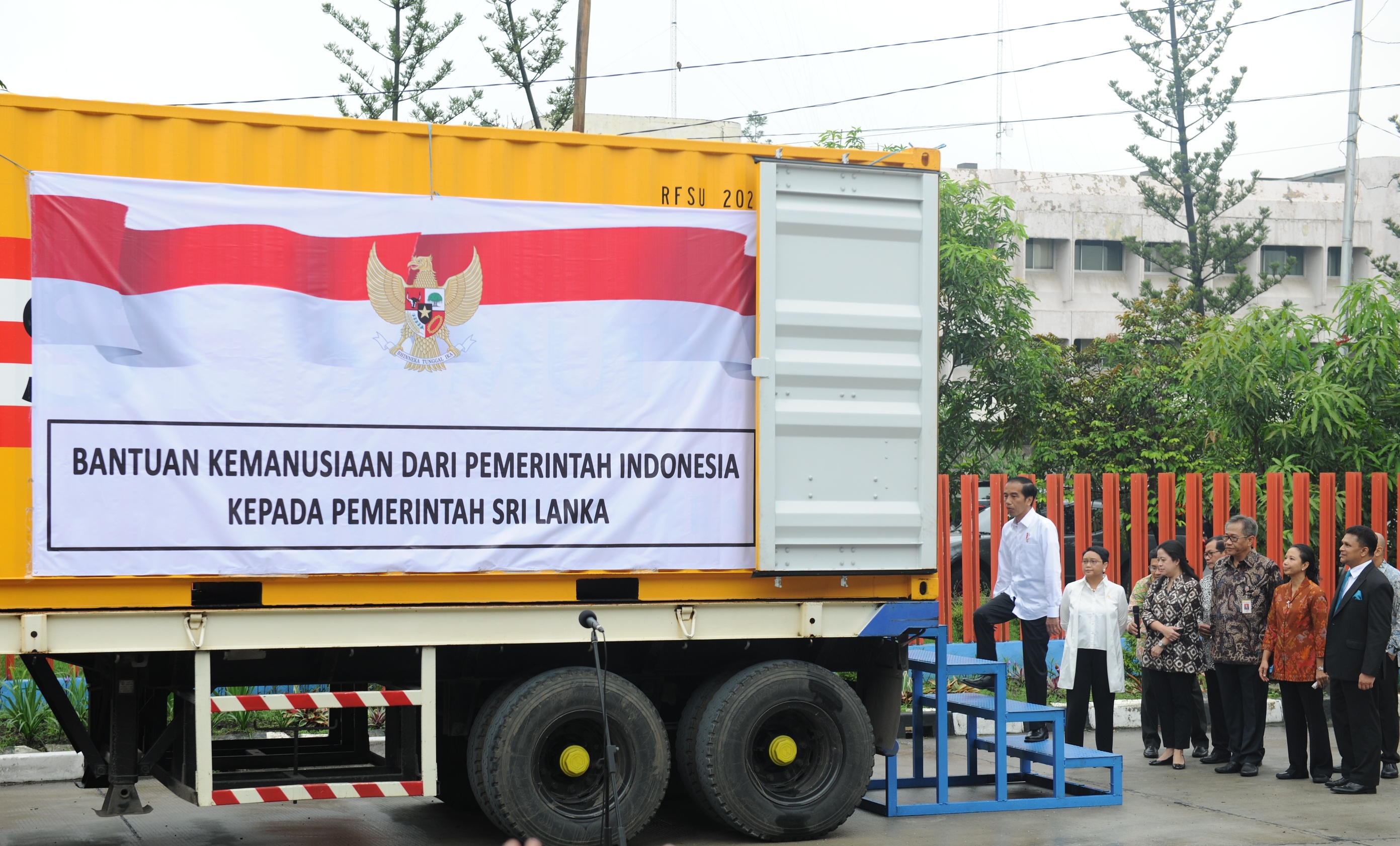 President Jokowi witnessed the rice aid to be sent to Sri Lanka before the launching event in the Sunters Warehouse Region of the Jakarta Regional Division of the State Logistics Agency (Bulog), Kelapa Gading, Tuesday (14/2) morning. (Photo: JAY/PR)

President Joko Jokowi Widodo launched the dispatch of 5,000 metric tons of rice for the citizens of Sri Lanka, which is currently facing a food crisis due to ongoing drought. “Food aid is a direct request from the President of Sri Lanka His Excellency Maithripala Sirisena presented to me directly through the Ambassador of Sri Lanka in Jakarta,” President Jokowi said in his speech in the launching of the humanitarian aid at the Sunters Warehouse Region of the Jakarta Regional Division of the State Logistics Agency (Bulog), Kelapa Gading, Tuesday (14/2) morning.

President Jokowi admitted that he immediately responded to the requests of President of Sri Lanka since it was urgently needed. The President also asked the relevant ministers to immediately prepare for it, and today Alhamdulillah we can send the aids. “As best friends and one of the big countries in Asia, Indonesia is with Sri Lanka in the face of difficult situations,” the President said.

The Indonesian Minister of Foreign Affairs Retno Marsudi affirmed that Sri Lanka is a best friend of Indonesia. Based on history, according to the Minister, Sri Lanka and Indonesia were the co-founder of the Asian-African Conference and the Non-Aligned Movement as well. Likewise, during the tsunami disaster in 2004, Indonesia and Sri Lanka were most severely affected countries. “Therefore, today we are together with Sri Lanka, as a best friend, as a great country to assist Sri Lanka in tackling the problem of food shortages due to drought,” the Foreign Minister said.

Retno noted that the humanitarian aid is part of Indonesias diplomacy to contribute to world peace and prosperity. “So this humanitarian diplomacy will continue because Indonesia has a strong commitment to it,” the Minister further said.