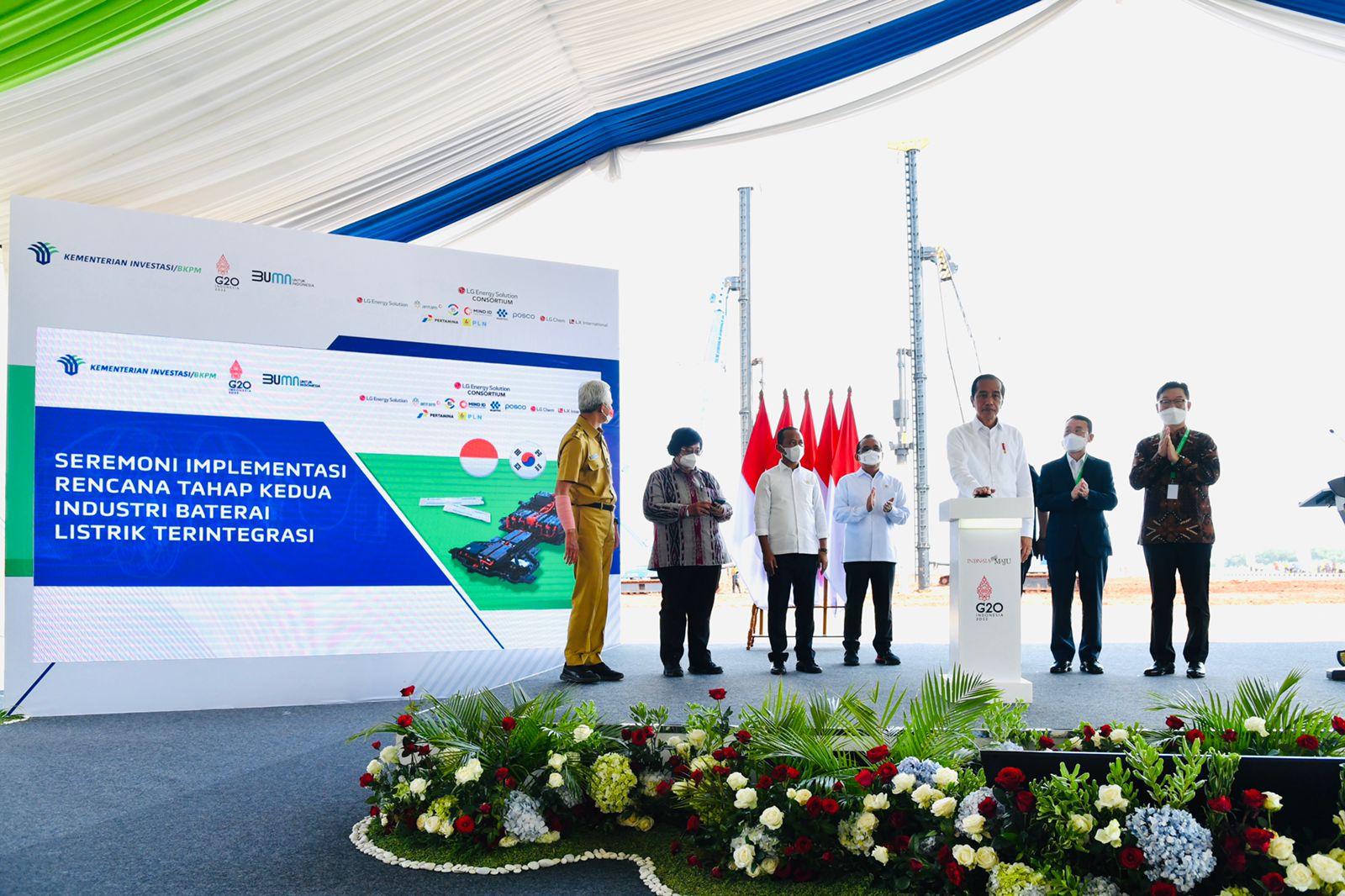 According to the President, investment of this production facility will be the first investment that will integrate upstream and downstream production process of electric vehicles (EV), including nickel mining, smelter facility, precursor factory, cathode factory, electric batteries production, battery packs production, EV production, as well as battery recycling industry.

The Head of State also thanked those involved in the collaboration so the second development phase of the integrated electric battery industry can start, adding that the industry has a high investment value and a great job opportunity for the people.

“The total amount of the investment is not a pittance. It is worth Rp142 trillion or US$9.8 billion. And I am pleased that there will be 20,000 people that can be employed. It is not a small amount. All around the world, job creation is the key,” the President said.

The Head of State also expressed hope that Indonesia will become a major manufacturing for nickel-based products considering that the country has the world’s largest nickel reserves.

“It is a great opportunity, a golden opportunity to build green economy in the future as we have planned before,” he said.

President Jokowi also ordered both the Central Government and regional governments to fully support the project realization, adding that this project will generate more state revenue and boost the economy.

“Indonesia will gain more revenues from this investment including companies’ income tax, employees’ income tax, and non-tax revenue. It will also strengthen Indonesia’s balance of trade although the balance recorded a surplus for 20 months. We hope it will trigger a new economic growth,” he remarked. (TGH/UN) (AP/EP)