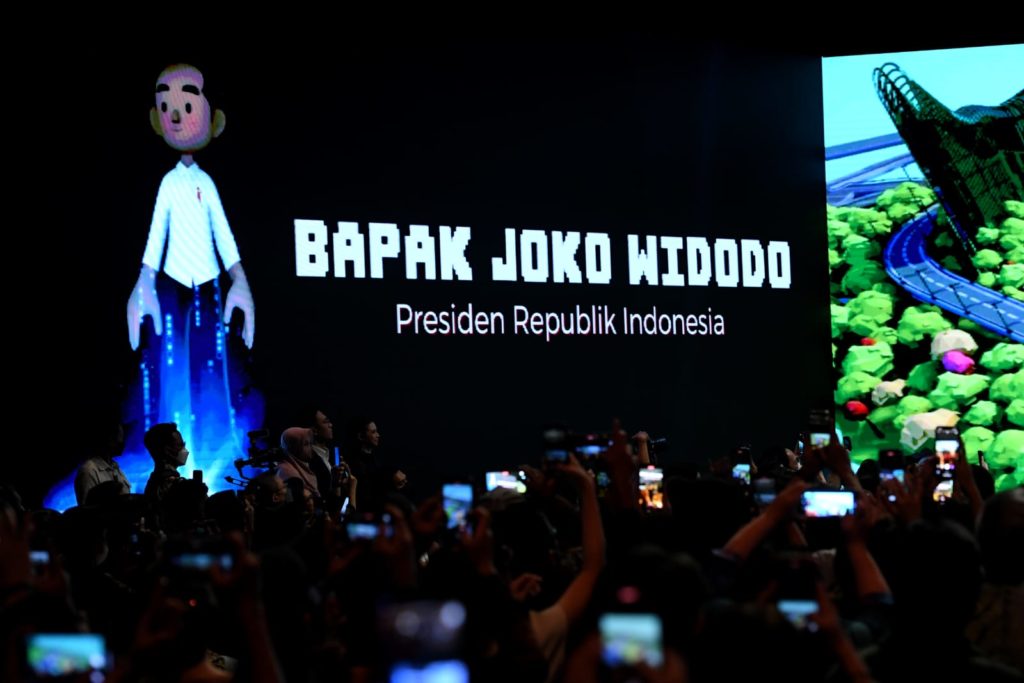 “By saying bismillahirahmanirrahim, this afternoon I officially launch Jagat Nusantara,” the President said.

Afterwards, the background screen presented the President’s metaverse avatar who invited the participants to enter the digital version of Nusantara Capital (IKN).

“Indonesia’s young generation must unite to build the nation’s future, be it in the real or digital economy sectors. Well, this is one of them. Follow me, our future will start here. Welcome to the Nusantara Capital. Here, we will gather, be creative, and will socialize with our brothers and sisters,” the President stated in the video.

According to the President, Jagat Nusantara will also serve as a means to share knowledge and meet great people from across Indonesia and even from all over the world.

In addition, the platform will also provide an opportunity to introduce Indonesian products globally.

“Indonesian artists can also be creative and perform virtual music concerts. We can also exercise. This will be an exciting experience. Come on, young generation, let’s build the Nusantara Capital City together through innovation and creativity,” he said.

In the meantime, Founding Chairman of Jagat Nusantara Wishnutama Kusubandio said that young generation must be ready to compete and seize opportunities quickly and accurately since technology is dominating life.

To that end, the platform is expected to create competition through creativity and innovation, he added.

“A web and mobile-based immersive social platform that connects users to the virtual world. We can say that this is the next generation of social media, the result of the hard work and collaboration of young people,” he conclusively remarked. (BPMI of Presidential Secretariat/UN) (RIF/HD/MMB)