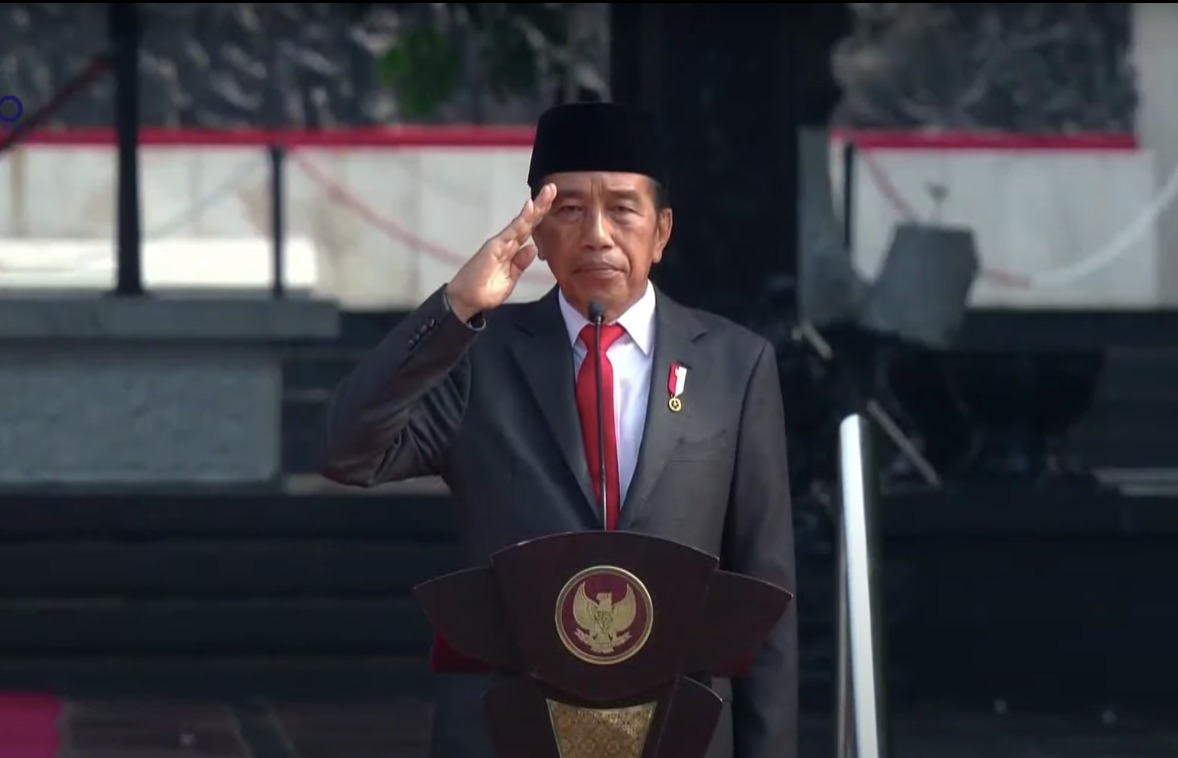 President Joko “Jokowi” Widodo Tuesday (10/03) at the office of Ministry of Defense led a parade senja (twilight parade) event and a flag-lowering ceremony.

Upon his arrival at the venue at 06.10 p.m. Western Indonesian Time, the President was welcomed by Minister of Defense Prabowo Subianto.

The ceremony began when the President as the inspector of the ceremony led the participants to observe a moment of silence.

“Let us observe a moment of silence to commemorate the services of the fallen heroes of the nation,” he said.

Afterwards, the red and white flag was lowered, and the ceremony was followed by the singing of Andhika Bhayangkari song performed by marching band of the Indonesian National Defense Forces (TNI).

The ceremony ended with a report from the commander of the ceremony.