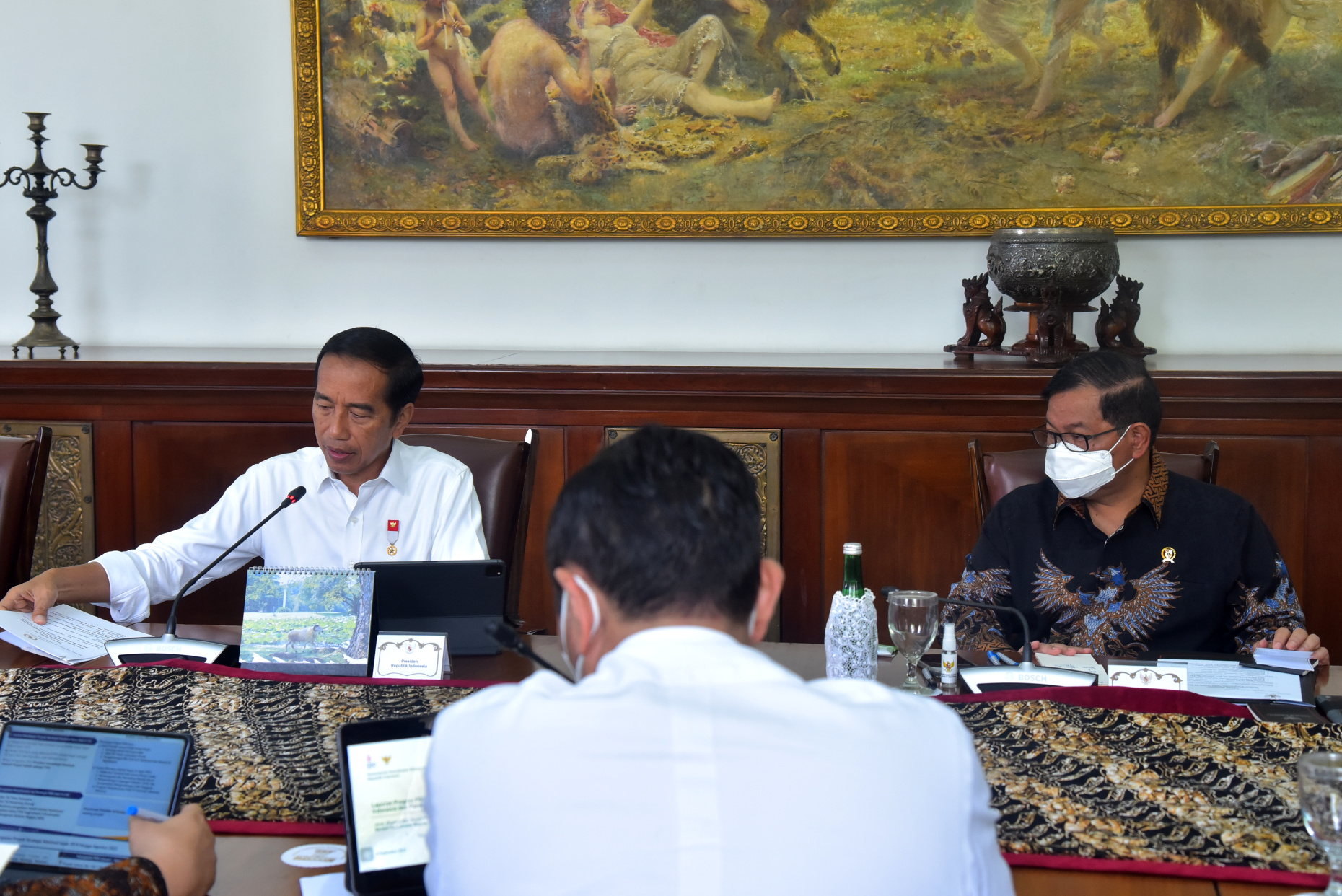 President Joko “Jokowi” Widodo has ordered his administration to immediately complete all national strategic projects before 2024.

The President gave his order during a limited meeting on national strategic project evaluation at Bogor Presidential Palace in West Java province, Tuesday (09/06).

“Bapak President ordered that all projects in the national scale can be completed physically before 2024,” Coordinating Minister for Economic Affairs Airlangga Hartarto said in his press statement following the meeting.

In addition, President Jokowi underscored that all projects must give real benefits to the Indonesian people, including to create jobs while expressing hope that the projects can bring multiplier effects to the national economy.

“It can reduce poverty rate because of water availability as well as more and better irrigations, regarding agriculture issues or programs,” he said.

During the limited meeting, President Jokowi also gave a directive that the new Capital of Nusantara (IKN) is stipulated as a national strategic project to ease the development.

“Bapak President also gave a directive to stipulate the [new] capital as a national strategic project as it certainly will ease and accelerate the development of the capital,” Airlangga remarked. (FID/UN) (DH/LW)