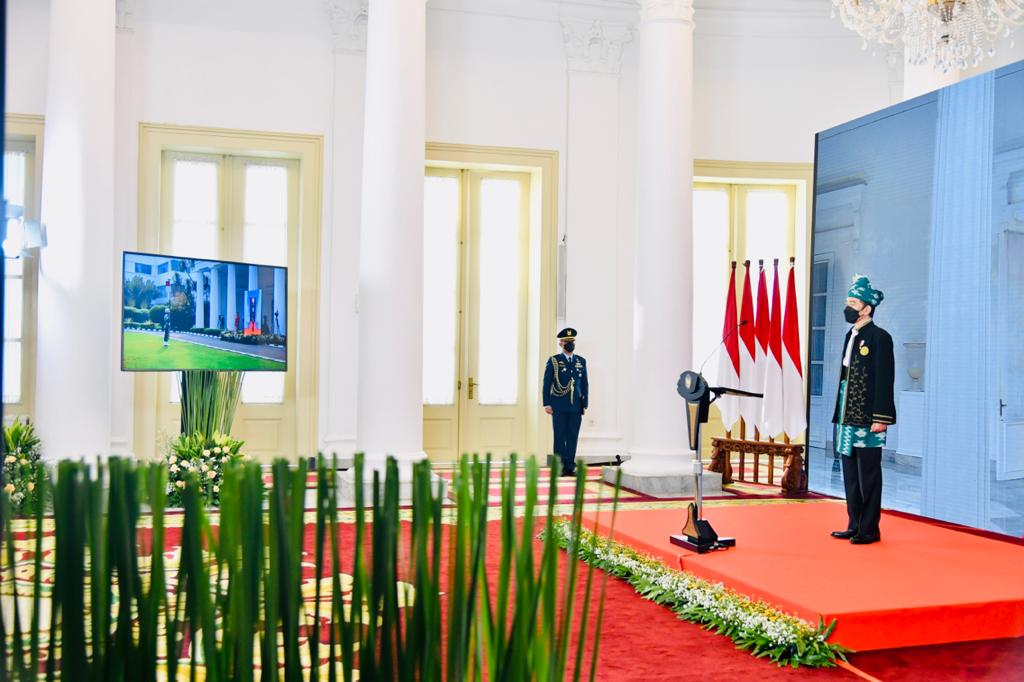 President Joko “Jokowi” Widodo acted as the ceremony inspector and led the commemoration ceremony of the Birth of Pancasila, through video conference from the Bogor Presidential Palace, West Java, on Tuesday (1/6).

The ceremony began with a report by Ceremony Commander Brig. Gen. Novi Helmy Prasetya to the Ceremony Inspector President Jokowi. Afterwards, the Inspector led the participants in a moment of silence to recall the services of Indonesian heroes and patriots.

Subsequently, Speaker of the People’s Consultative Assembly (MPR) Bambang Soesatyo recited the text of Indonesian state ideology Pancasila which was followed by the recitation of the Preamble of the 1945 Constitution of the Republic of Indonesia by Speaker of the House of Representatives (DPR) Puan Maharani.

President Jokowi as the Ceremony Inspector then delivered his mandates, while Coordinating Minister for Human Development of Culture Muhadjir Effendy led a prayer which closed the series of event.

Previously, President Jokowi through his official Twitter account @Jokowi has said that Indonesia as a great nation has been going through ages by upholding the values of Pancasila. With the same values, Indonesia is striving to go through hard times during the pandemic.

“Uphold the values, the spirits of unity and mutual cooperation, thus we will be able to survive this hard time and become the winner,” he said on Tuesday (1/6). (FID/UN) (RAS/MMB)