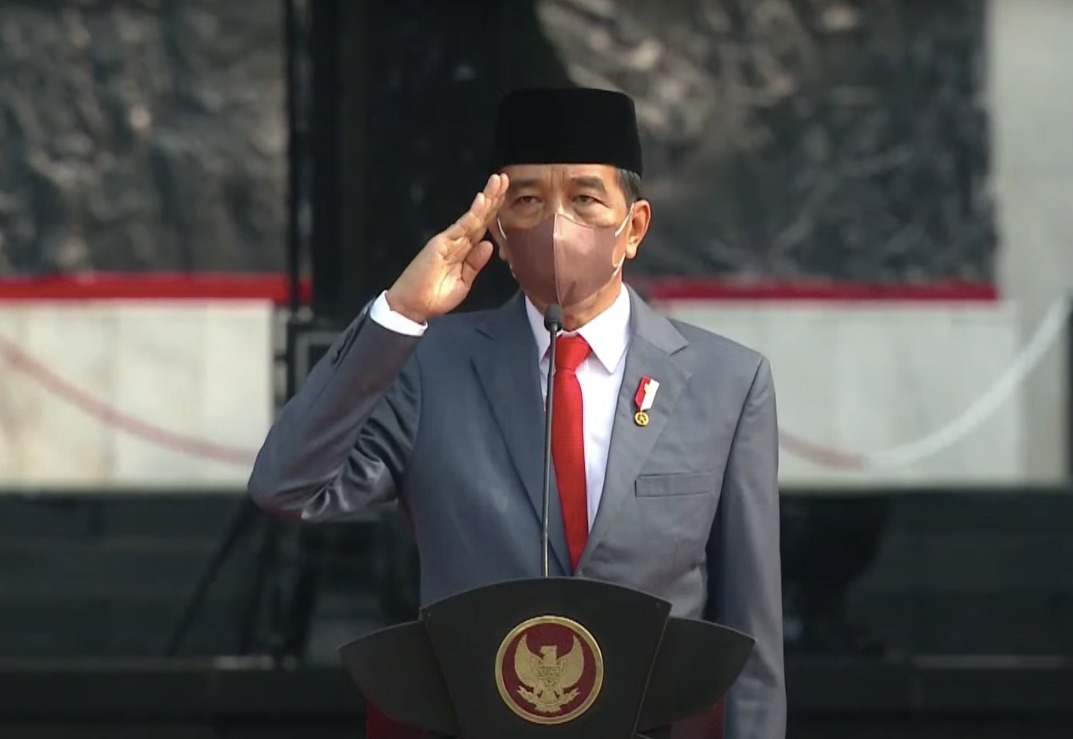 The ceremony began with a report from the Ceremony Commander to President Jokowi.

The President then led the participants to observe a moment of silence to commemorate the services of the fallen heroes of the Republic of Indonesia.

Afterwards, Speaker of the Regional House of Representatives (DPD) La Nyalla Mattalitti read the Pancasila manuscript, followed by the reading of the Preamble to the 1945 Constitution of the Republic of Indonesia by Speaker of the People’s Consultative Assembly (MPR) Bambang Soesatyo.

Meanwhile, Speaker of the Indonesian House of Representatives Puan Maharani also read and signed the Pledge manuscript, while Minister of Religious Affairs Yaqut Cholil Qoumas recited the prayer to close the series of event. (TGH/UN) (EST/EP)