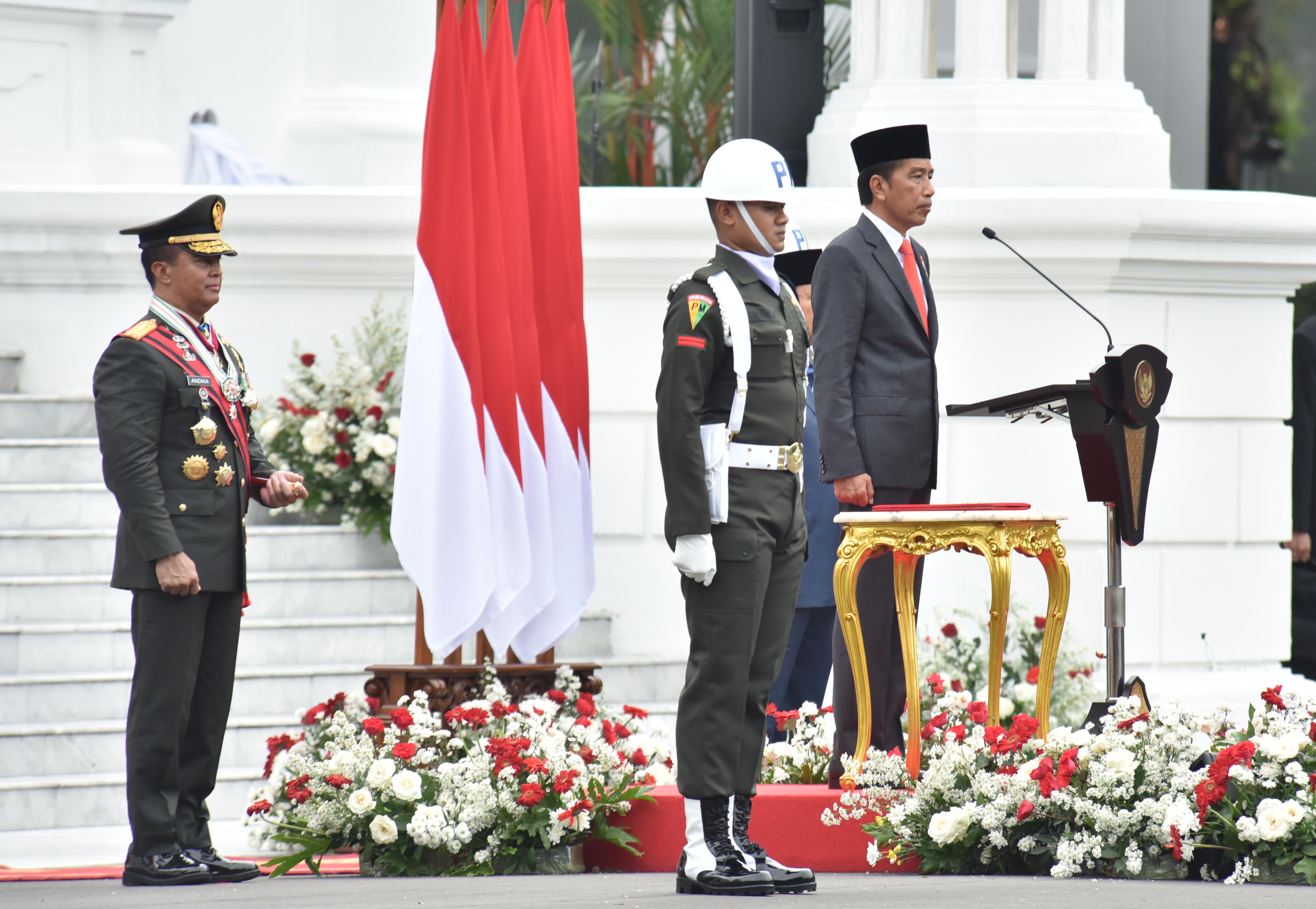 This year’s commemoration ceremony adopted the theme “TNI adalah kita” (TNI is Us).

The ceremony began with a moment of silence led by the President as a tribute to the fallen heroes of the nation, followed by the recital of Sapta Marga, the seven principles of TNI.

On that occasion, the President also bestowed honors on three TNI representatives.

The President on behalf of the people, the nation and the state, congratulated the TNI on its 77th Anniversary, while expressing his highest appreciation for the role and hard work of all ranks of TNI.

“I’d like to extend my gratitude and highest appreciation to TNI family who constantly maintain the nation’s sovereignty, protect the Unitary State of the Republic of Indonesia based on Pancasila and the 1945 Constitution, and protect the entire nation of Indonesia,” the President said.

Afterwards, the Head of State and First Lady Ibu Iriana Jokowi, and Vice President Ma’ruf Amin and his spouse Ibu Wury Ma’ruf Amin then headed to the terrace of the Merdeka Palace to watch an attraction of helicopters carrying a giant Red and White Flag and TNI fighter aircraft fly pass.

On that occasion, the President also took the time to greet representatives of TNI soldiers who attended the ceremony via video conference.

The soldiers who were virtually greeted by the Head of State were as follows:

In addition, the President also witnessed 8,877 participants breaking the Indonesian Museum of Records (MURI) by performing Water Trappen Technique simultaneously at 77 locations in the waters of the archipelago was centrally carried out in Sorong, West Papua, led by Indonesia’s Navy’s Vice Chief of Staff Vice Admiral Ahmadi Heri Purwono.

Concluding the ceremony, President Jokowi and Vice President Ma’ruf Amin, accompanied by Minister of Defense Prabowo Subianto along with TNI Commander Andika Perkasa and Chief of Staff and limited entourage, headed to the gates of the Merdeka Palace to watch the Alutsista (primary weapons system) exhibition and the TNI parade. (RF/UN)(RIF/EP)