President Jokowi: Make Other Countries Depend on Us 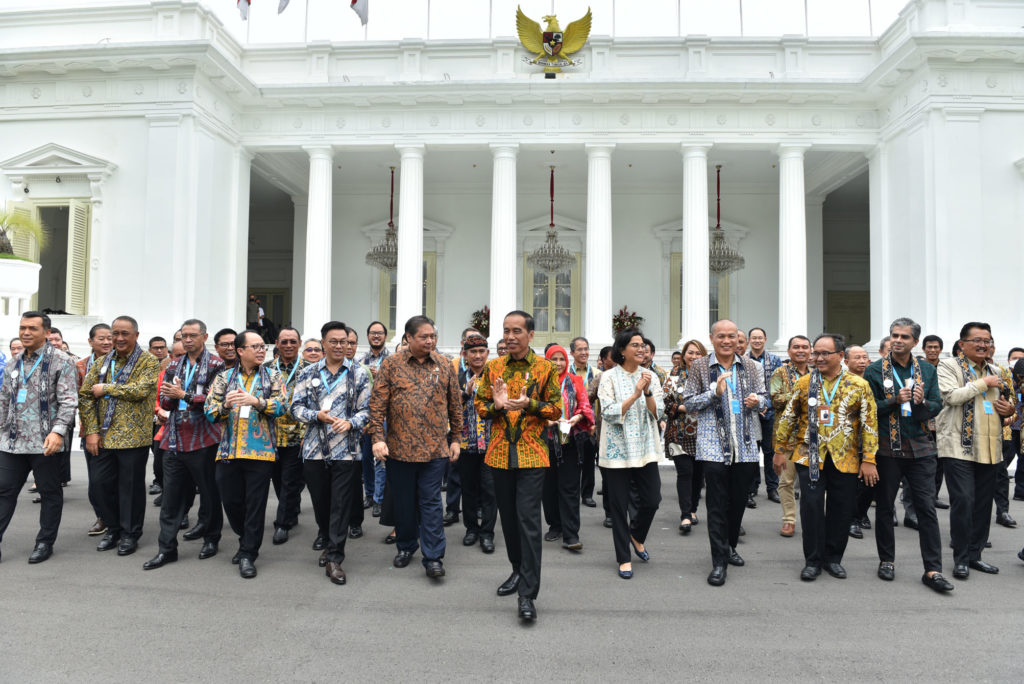 President Joko “Jokowi” Widodo expressed his support for Indonesia’s big potentials, ranging from natural resources, human resources along with the demography bonus, and big market, to be utilized to set out strategies in realizing Indonesia as a developed country.

“This is the strength that we do not often realize, and I have to keep reminding about it, including our position in the world trade. We have to bear in mind about this strength in order to define the big strategy, the state’s business the big strategy on the state’s economy, so we are able to achieve our vision,” the President mentioned it in his keynote speech at Kompas100 CEO Forum 2022, at Merdeka Palace, Jakarta, on Friday (12/02) morning.

President Jokowi has observed that there are a number of countries that depend on Indonesia’s commodities.

“Similar to CPO, when we stopped exporting because I had to stop it, many questions raised from the IMF and the World Bank, ‘why stop exporting? Well, it is because we are having a shortage domestically, I have to put my people first,’ I told them,” President Jokowi explained.

Before the CEOs, President Jokowi encouraged Indonesia to create products that will make other countries depend on it, such as battery for electric vehicles.

“We continue to make our economy open, economic openness. However, once again, we have to design other countries to be dependent on us, it is a must. Do not let us only be the branch,” he remarked. (FID/UN) (AW/LW)