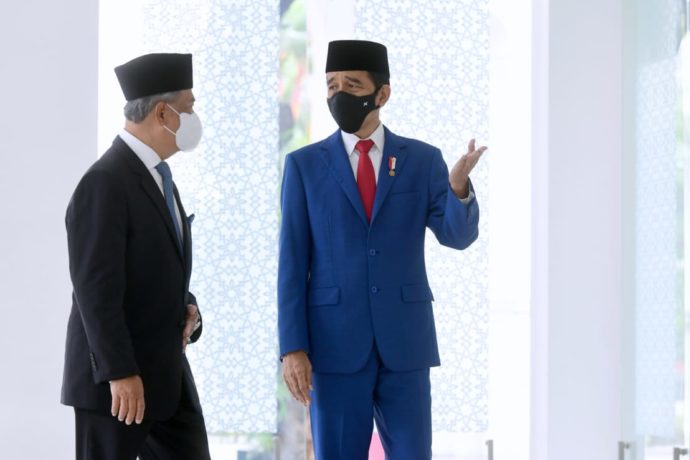 “Indonesia and Malaysia are close neighbors. Malaysia is one of Indonesia’s important partners in trade, investment, tourism and socio-cultural sectors,” President Jokowi said in a joint press statement with PM Muhyiddin, Friday (05/02) at the Merdeka Palace, Jakarta.

The President said that he and PM Muhyiddin are committed to strengthening good relations between the two countries through good communication at all levels.

President Jokowi also said that the bilateral meeting with PM Muhyiddin has been conducted in a good, open, and comprehensive manner. During the meeting, he said, they discussed a number of bilateral issues, including the protection of Indonesian citizens in Malaysia as well as regional and global issues.

“I would like to express my appreciation for the cooperation in protecting Indonesian citizens in Malaysia, especially during the pandemic,” the President said.

“In addition, the two countries also need to build a one-channel system so that the problem of placement of workers can be handled well to prevent workers from becoming victims of human trafficking,” President Jokowi said.

The President further said that during the meeting he also conveyed the importance of ASEAN to immediately complete the ASEAN Travel Corridor Arrangement Framework. “In this tough situation, it is important for the ASEAN to continue to maintain its solidity,” the President concluded. (TGH/UN) (RI/MMB)