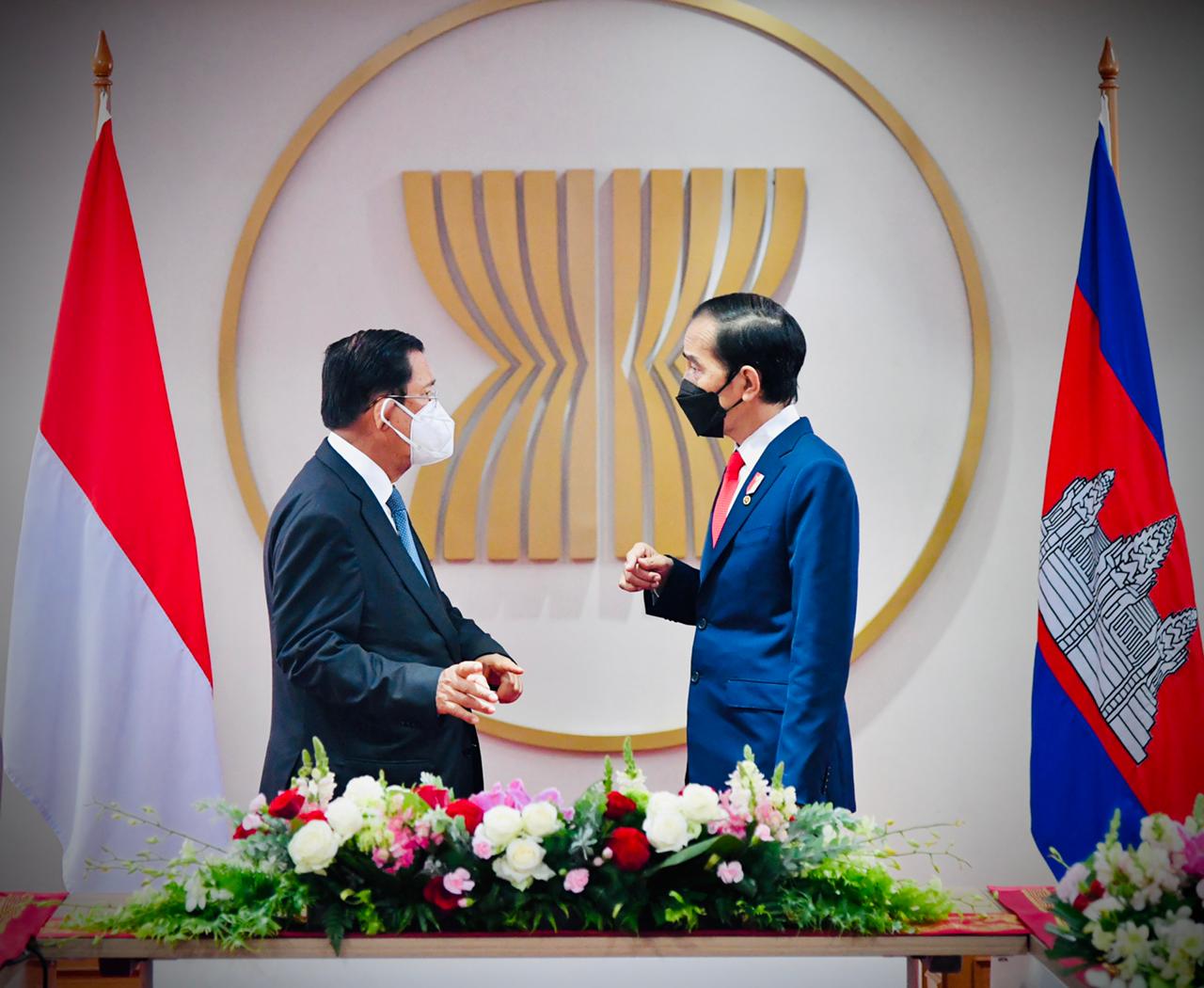 Speaking to reporters after the meeting, Indonesian Minister of Foreign Affairs Retno LP Marsudi said that President Jokowi expressed appreciation to Cambodian PM for his attendance in Jakarta.

The two leaders, Retno added, also discussed and shared their views on a number of issues related to the bilateral relations between two countries. According to Retno, during the meeting President Jokowi presented four main issues.

First, President Jokowi underscored the importance of a multilateral vaccine support to facilitate equal access to vaccines for all countries and also called on Cambodia to strengthen bilateral cooperation in the health sector including pharmaceuticals, medicines, and medical equipment.

Retno added that the launch of a joint venture between Indonesian pharmaceutical company and its partner in Cambodia Dynamic Argon, Co., Ltd. is a good start for cooperation in the health sector between two countries.

“Therefore, the President asked for the support from PM Hun Sen for the expansion of Indonesian state-owned and private companies to invest in pharmaceuticals and medical equipment in Cambodia,” Retno said.

In addition, Retno added, in investment sector the President asked for Cambodia’s support to facilitate Indonesian state-owned and private companies to become major development and investment partners in Cambodia, including the betterment of railway systems as well as the improvement of train cars’ needs, the construction of floating power plants, the needs of tugboats, and infrastructure projects in Cambodia.

Third, President Jokowi stressed that bilateral cooperation in the defense sector has to be improved, among others through improvement of army-to-army talk cooperation, improvement of education, and a joint training between military personnel of the two countries.