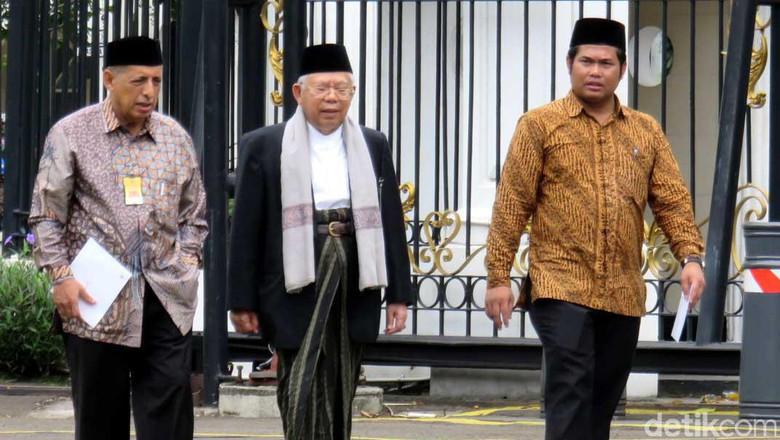 President Joko Jokowi Widodo specially met the Chairman of Indonesian Ulema Council (MUI) K.H. Maruf Amin at the Merdeka Palace, Jakarta, on Thursday (30/3) morning. On that meeting, the President explained the efforts of the Government in addressing gap in the community, in particular in economic sector.

The President is really concerned and tries to find solutions which one of them is assets redistribution. With this solution, assets mainly in form of land are not only owned by conglomerates, K.H. Maruf Amin told the journalists after meeting President Jokowi.

This land redistribution particularly covers the lands that are not well-managed, be it by cooperatives, Islamic boarding houses. The redistribution will be managed by insitutions not by individual.President Jokowi is a bit afraid of individualland ownership because it is possible that the land will be sold, he said.

The second solution to solve economic gap is by establishing a partnership so there will be no clash between the strong and the weak. Should any clash happens, the weak will lose.

The President, K.H. Maruf Amin added, wishes both parties to establish a partnership so they can help each other and have a good relations to prevent social jealousy, he said.

Although the President is not the one to be blamed for this problem, he determines to try to eliminate the gap because if this problem is not solved now, it will continue to be a burden for the nation and country in the upcoming years. (*/ES)(MMB/YM/Naster)