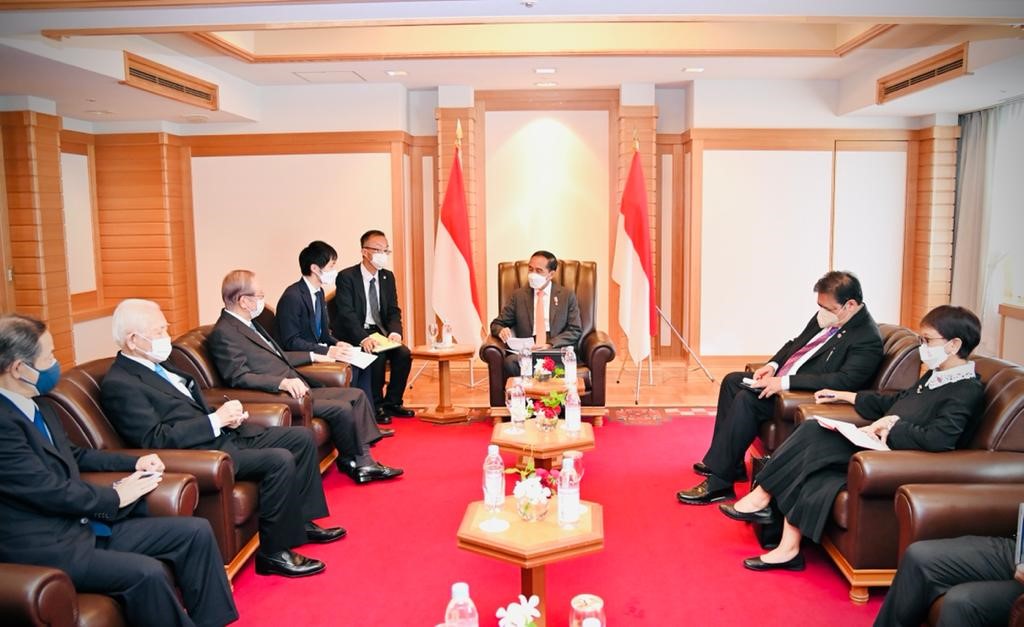 “I thank you for making time amid such a tight schedule. I am glad Your Excellency is in good health,” Fukuda said to President Jokowi.

In the meantime, Coordinating Minister for Economic Affairs Airlangga Hartarto, who accompanied the President during the meeting, said the meeting discussed Indonesia’s role in the international stage, especially as Chair of the Association of Southeast Asian Nations (ASEAN) next year.

“[The meeting also discussed] chairmanship of Japan in the G7,” he added.

On the occasion, the Japan-Indonesia Association President, among others, raised the issue of human capital cooperation.

“Mr. Fukuda Yasuo refreshed our memory regarding Darma Persada University, which is part of the cooperation on human capital between Japan and Indonesia,” Airlangga said. (BPMI Presidential Secretariat/UN) (GWH/HD/EP)