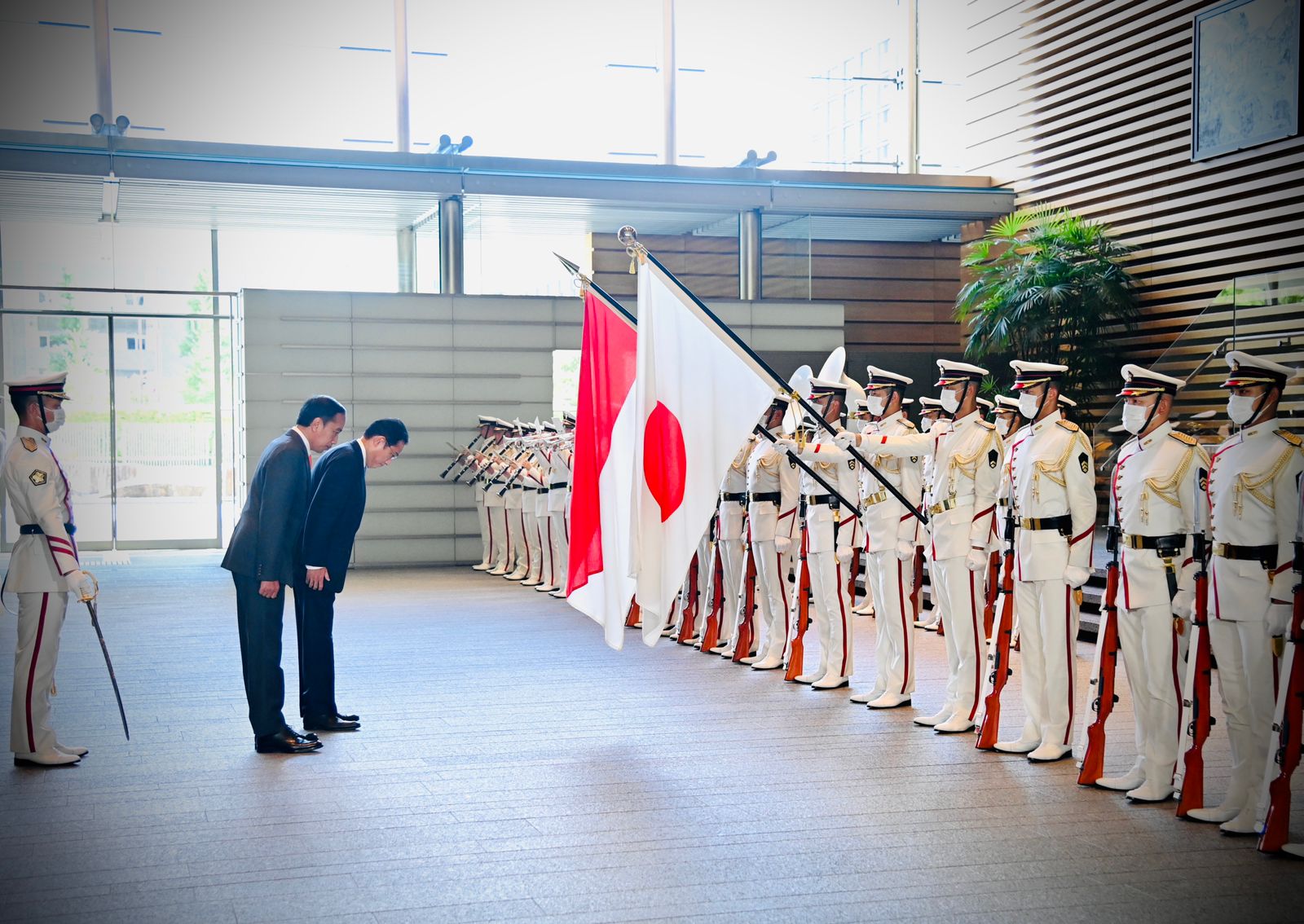 President Joko “Jokowi” Widodo Wednesday (07/27) had a bilateral meeting with Prime Minister of Japan Fumio Kishida in the series of state visit to Japan.

Upon arrival at the Prime Minister’s Office in Tokyo, President Jokowi was welcomed by PM Kishida before proceeding with a state welcoming ceremony.

In the ceremony, both countries’ national anthems were reverberated followed by inspection of troops. Afterwards, the two leaders introduced their respective delegations and headed to a meeting room to hold the bilateral meeting.

In his introductory remarks, PM Kishida expressed his genuine appreciation for the visit of President Jokowi.

“Welcome to Japan. I deeply appreciate President Jokowi as the chair of G20. I thank you for your warm welcome during my visit to Indonesia last April,” he said.

The Japanese PM also appreciated President Jokowi’s expression of condolences on the passing of former Prime Minister Shinzo Abe and told that he will uphold democracy and carry on Abe’s legacy to strengthen relations and cooperation with Indonesia.

In the meantime, President Jokowi thanked his counterpart for the warm welcome in his visit and support to Indonesia G20’s presidency.

“I hope PM Kishida can attend the November G20 Summit in Bali,” he said.

After the bilateral meeting, the two leaders delivered a joint press statement at the Big Hall, the Prime Minister’s Office. (BPMI of Presidential Secretariat/UN) (RAS/LW)