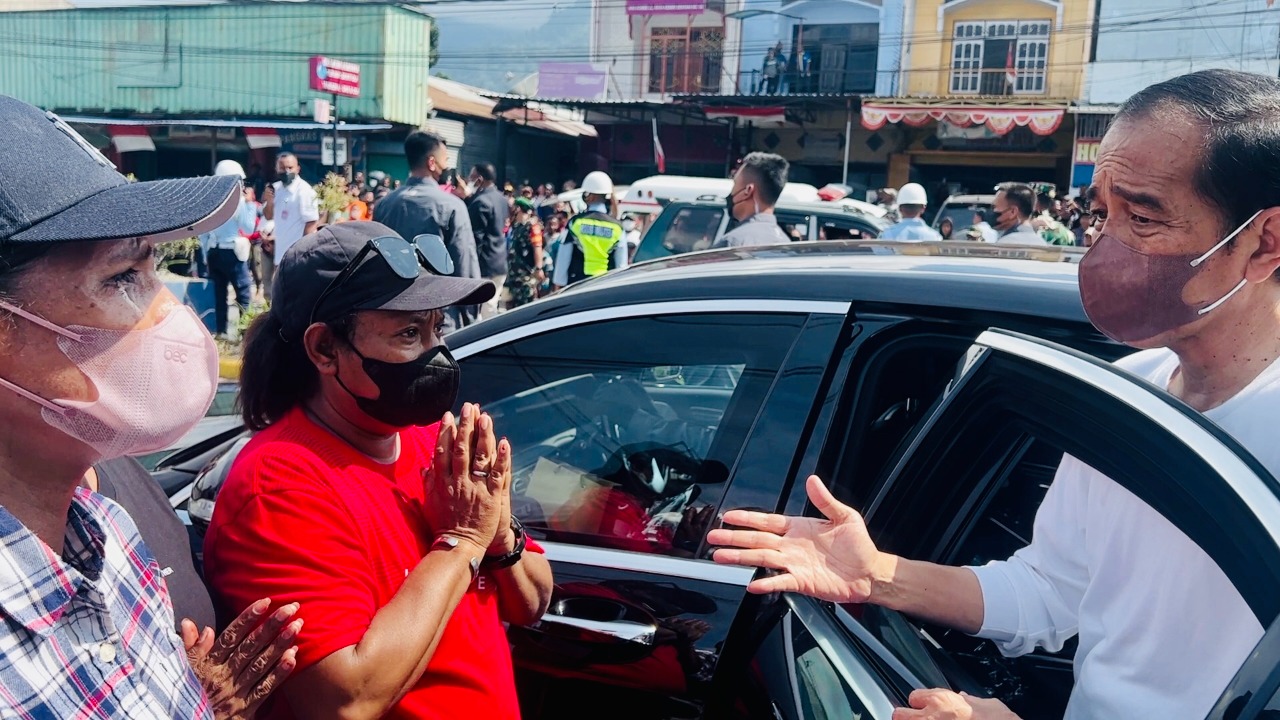 After distributing fuel cash assistance and cash assistance to the Family Hope Program (PKH) beneficiaries in Sentani Post Office, President Joko “Jokowi” Widodo and his entourage are slated to inspect Kampung Doyo Baru Market to carry out his working visit to Papua province.

Before heading to the Market, the President encountered a group of people protesting next to the post office.

Noticing the crowd, President Jokowi asked his Personal Secretary Anggit Noegroho to invite three protesters to meet him. They told the President that students of State Junior High School SMPN 1 Sentani could not go to school since the school complex is closed because it was built on the ulayat (customary land).

The President asked representatives of protesters to seek solution to the issue and prioritize the students so they still can go to school.

Later in the afternoon, Minister of Investment/ Head of the Indonesian Investment Coordinating Board (BKPM) Bahlil Lahadalia affirmed that the issue has been resolved.

“According to the President’s directives, I assisted the process to resolve the dispute. The Government will rent the [ulayat] land until 2023,” Bahlil said adding that the students can return to SMPN 1 Sentani next week.

In addition, the regional government of Jayapura regency will build a new school building on another location and it is expected to be completed by 2023. (BPMI of Presidential Secretariat /UN)