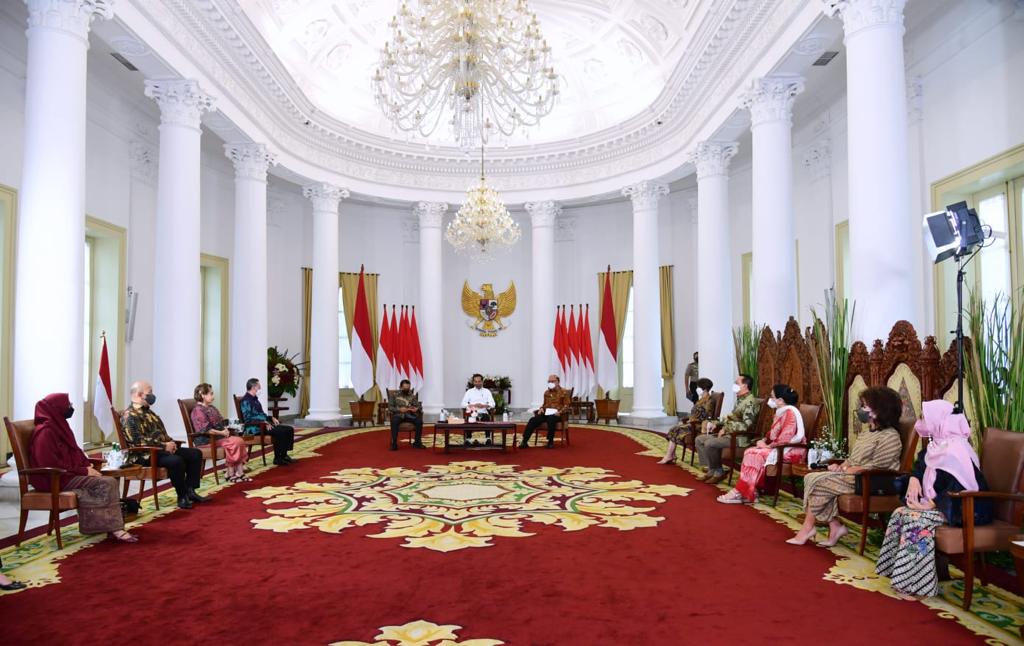 “We expressed our aspirations about culture, how culture actually strengthens unity, how culture enriches our diversity. We also addressed matters other than cultural facilities and infrastructure available here,” comedian Indrodjojo Kusumonegoro – better known as Indro Warkop – said in his press statement after the meeting.

According to Indro, senior artists will continue to give recommendations to the administration of President Jokowi until his term of office ends.

Indro and his artist peers also expressed thanks for the opportunity to meet the Head of State.

“For us, this is a valuable thing because we can address our aspirations as artists in Indonesia,” he said.

“We support all of President Jokowi’s programs, especially the program in Kalimantan to build a new capital city. God willing, we have seen it. It is great. I hope all Indonesian people can go there, we can travel there to see the new city,” she said.

A personnel of Indonesian religious group Bimbo, Samsudin Hardjakusumah – better known as Sam Bimbo –  also voiced his support for the new capital city, saying that he has made a song with a theme of Nusantara before the development plan of the capital was announced.

“We Bimbo support the new capital city in Kalimantan. Even before that, we have already made a song called Bumiku Nusantara,” he said.